Promo Post - The Edge of Sanity by Sheryl Browne

To say that I am a little bit excited about Sheryl Browne's latest book is an understatement! I adore Sheryl's writing and cannot wait to get stuck into The Edge of Sanity which has been released today - 30th April! 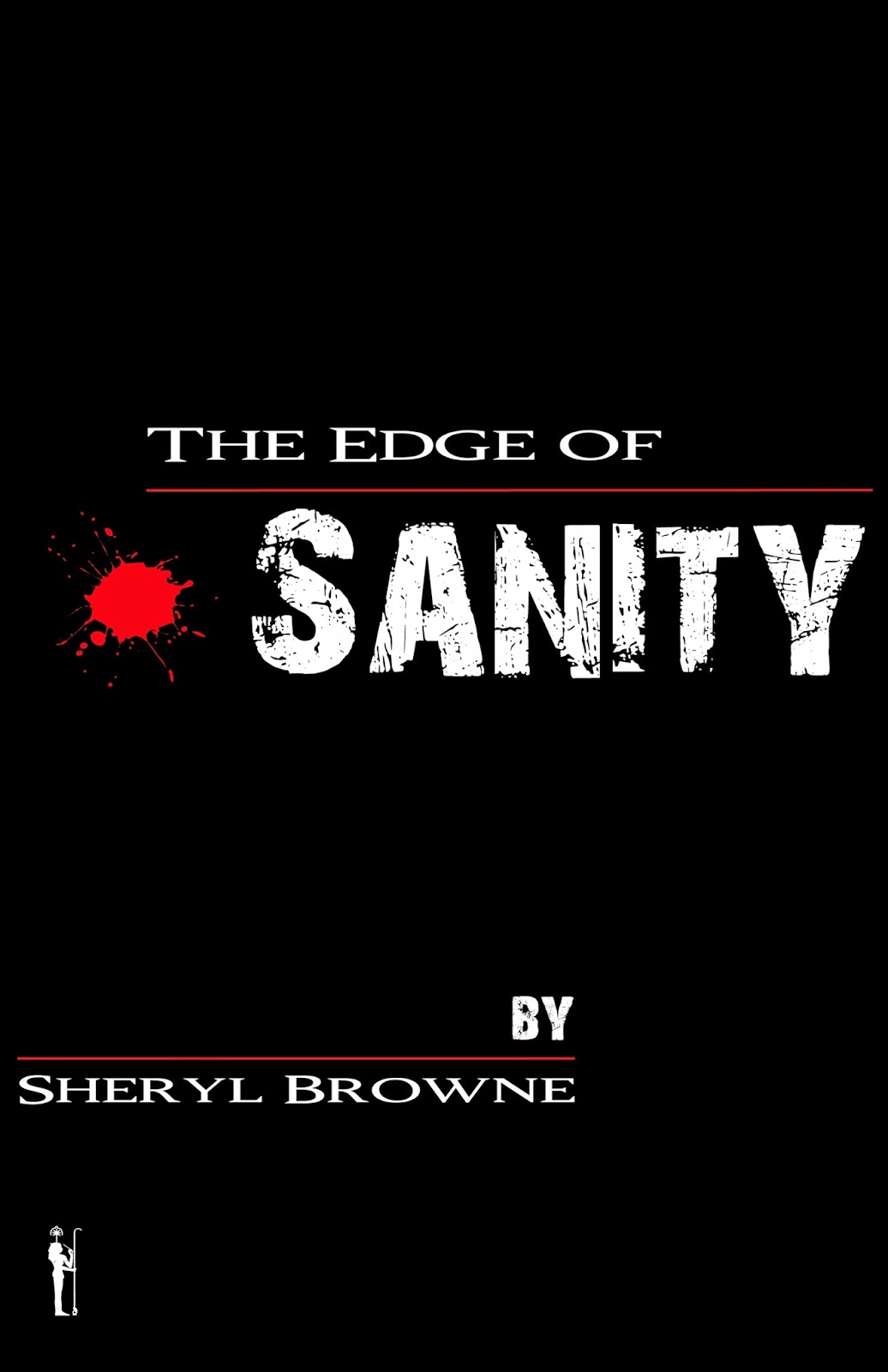 Sheryl Browne brings us something a little bit different. This time it’s a thriller!

Sheryl Browne’s latest novel ‘The Edge of Sanity’, released 30 April, tells the story of a psychological battle between everyman Daniel Conner, who is forced into becoming a hero, after being tortured and forcibly drugged, and drug addict Charlie Roberts, who has taken Daniel’s wife and daughter hostage.

Asked whether she’s changed genres, Sheryl says, “Not really. I’m more exploring – as ever, the fragility of love, life and relationships. If a character calls to me, I simply have to write his story. My books will always tend to turn around the family unit, looking at family dynamics and the tenuous bonds that hold people together. My more recent books would be better described as poignant romantic fiction, usually having a strong, but flawed, male lead. I think The Edge of Sanity, though most definitely more edgy, does fall into that category.

The Edge of Sanity
How far would YOU go to protect your family?

A decent, ordinary man, a man who has already suffered the loss of one child, Daniel Conner is forced by extraordinary circumstances into being a hero. Tortured, forcibly drugged—heroin still pulsating nauseatingly through his veins—his wife and daughter degraded, Daniel knows their kidnapper is beyond reasoning with.
But does being pushed one step beyond endurance justify doing the unthinkable?
High on drugs, indebted to his supplier, and desperate, Charlie Roberts takes Daniel's wife and daughter hostage. Daniel does everything within his power to rescue the situation bloodlessly. Eventually though, Daniel realises that with or without violent mood swings induced by amphetamines and cocaine, Charlie Roberts is a psychopath. He wants more than Daniel's money.
He wants him.
The Edge of Sanity: a harrowing story of hope amid loss and betrayal.

Excerpt:
Daniel slowed the car in the lane, glimpsing the bedroom light through the gap in the trees. No surprise there. Lights on the blink? Jo being fazed by the fuse box? About as likely as snow in June. She’d been forced to make that call. Daniel knew it with absolute certainty. He also knew she’d been trying to warn him. There was someone, maybe more than one, there with her.

So what the hell did he do now? Park the car and creep up to the house in the hope of gaining entry without alerting them? No. Whoever it was, they were obviously expecting him. And they were holding Jo. His blundering in not knowing how many they were, or where they …
Daniel stopped in his deliberations, swallowing back a hard lump in his throat as it occurred to him to wonder … Why was the only visible light, the one in the bedroom? Christ! Fear clutching at Daniel’s heart, he rammed his foot down, swung the car through the gates and skidded to a halt, full beams bouncing off the lifeless lounge window, and right outside the open front door.
~~~
Heartache, humour, love, loss & betrayal, a little Ohhhh la la! and thrills! Sheryl Browne brings you poignant, witty modern romance. A member of the Romantic Novelists’ Association and shortlisted for Innovation in Romantic Fiction, Sheryl now has six books published with Safkhet Publishing.

FIND Sheryl Browne’s books via the links below: 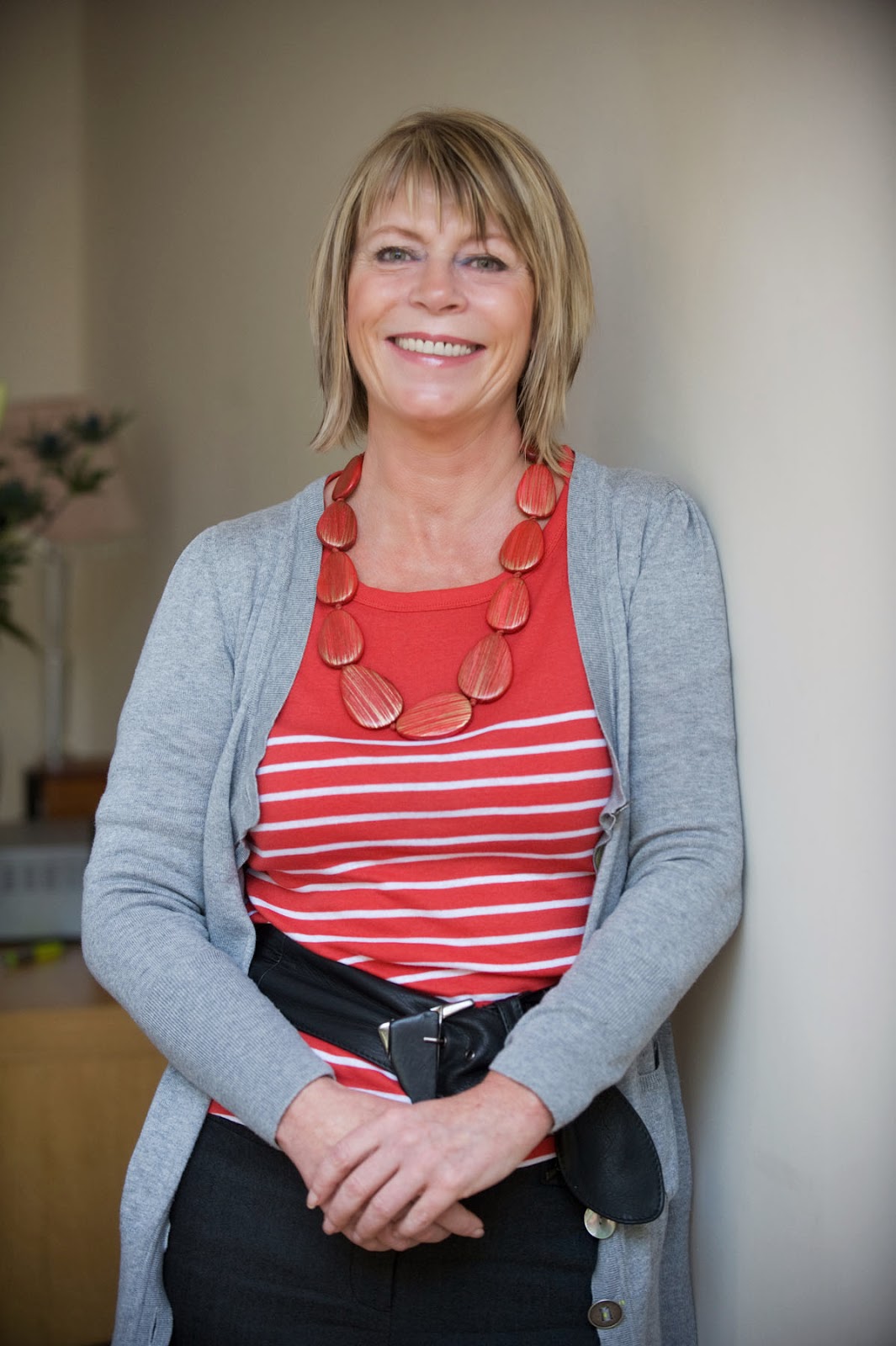 Brook Cottage Books is thrilled to have Daniela on the blog today to talk about her new book TAKE ME HOME. There is also a giveaway! 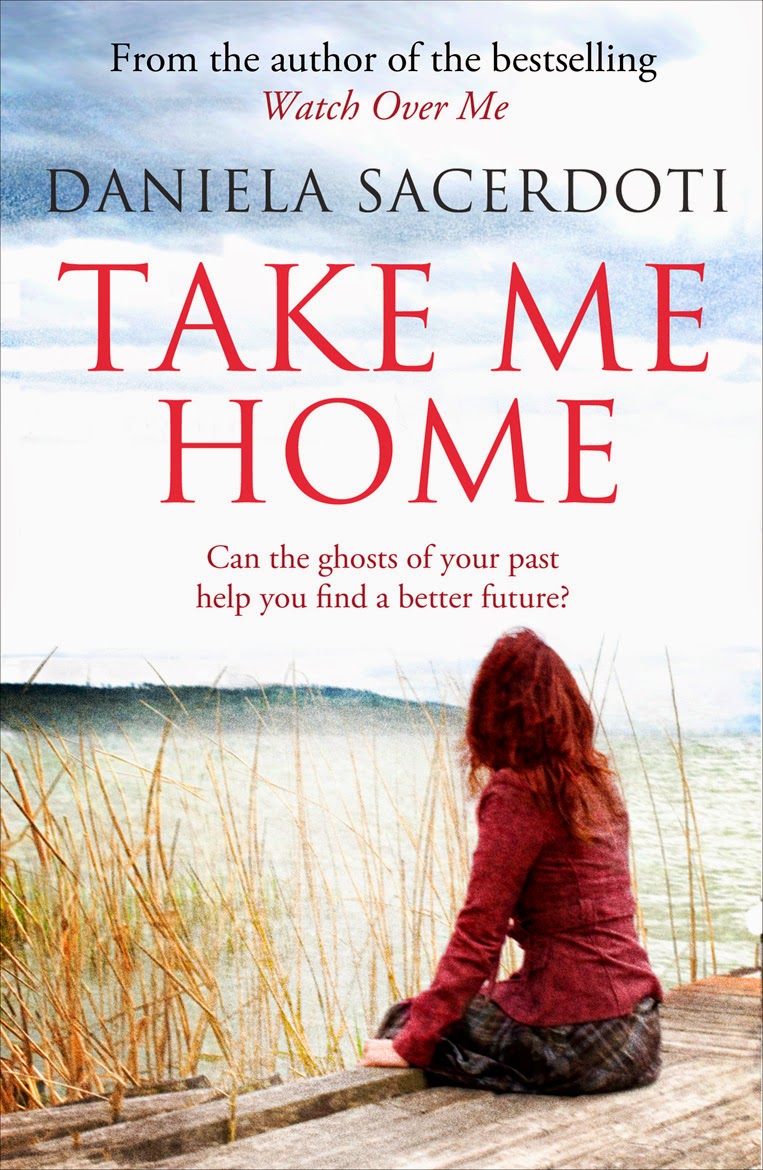 JB: You were born in Naples, Italy. What brought you to Glasgow, where you now live?

DANIELA: My then boyfriend, now husband and father of my two sons! I adore Scotland. It’s truly my adopted home… the kindness of the people and the beauty of the landscape make up for the moody weather!

JB: I understand you write whenever you get the chance and call yourself a ‘thief of time.’ How much time roughly do you get to write each week?

DANIELA: When I wrote about being a thief of time my youngest was still at home with me – he’s now in school so I get to work every day from half nine to half two, roughly. I’m very lucky that I can do this job full time. I’m also a lot less tired and a lot less sleepy than I used to be! I remember writing the second chapter of Watch Over Me with Luca on my knee, typing with one hand and holding him with the other. Far from being limiting though, having children was a wonderful influence on my creativity, like light to a plant. What they took away in time and energy, they gave back a million times more in inspiration and motivation.

JB: What would you say to someone who says they don’t have enough time to be a writer and write that book that’s in their brain?

DANIELA: Oh, I’d say that if I managed to write three books in two years with a baby at home and no childcare, and then on two hours a day while he was in nursery, anybody can! I used to set the alarm at five every morning… I suppose I was a bit of a zombie but I kept going. Glue your backside to the chair and start typing.

JB: You are a Primary school teacher. How did you fall into this line of work?

DANIELA: I was teaching in Secondary schools before moving to Scotland, then I decided to apply for a Postgraduate in Primary Education. I love children, I love spending time with them and watching them learn. I miss my old job, actually! But I’d never go back, I have too many stories in my mind waiting to come out.

JB: Where did the idea for your book TAKE ME HOME come from?

DANIELA: I’ve always been fascinated with the idea of silence, of someone who stops speaking and retreats into herself. The first time I read about it was in Lucy M. Montgomery’s book Kilmeny of The Orchard. Kilmeny can’t speak, so she writes on a notebook that she carries around her neck. I was also inspired by Sorley McLean’s poetry, in particular his heart breaking poem Don’t Forget My Love. And finally, I suppose all stories come from the real Glen Avich, my home village of Caravino…an endless mine of stories of place, families and people. All these elements came together and made Inary’s tale.

JB: The main character in the book rediscovers a childhood gift  -  a sixth sense. Do you know anyone with such a gift?

DANIELA: Well, the opening scene from Take Me Home – Inary seeing her neighbour who’d died the same morning – is actually a true story. It happened to my mum in Caravino. It was the first and last time my mum saw a ghost, so I can’t say she has a gift as such – but it touched her so much, she recalled it often when I was child, and it stayed with me.

JB: From start to finish, how long did it take to complete the book?

JB: Do you have any strange writing rituals?

DANIELA: I do, actually! How embarrassing. I put on music very loudly and then I pace up and down half-thinking and half-talking to myself. Bizarre…

JB: What’s next for you?

DANIELA: I’m currently editing Spirit, the third and last volume of my YA trilogy  The Sarah Midnight Trilogy, which is out next September. I’m also writing the next Glen Avich novel, Don’t Be Afraid, where we get to meet some new Glen Avich residents and some familiar ones.

Thanks so much Daniela. 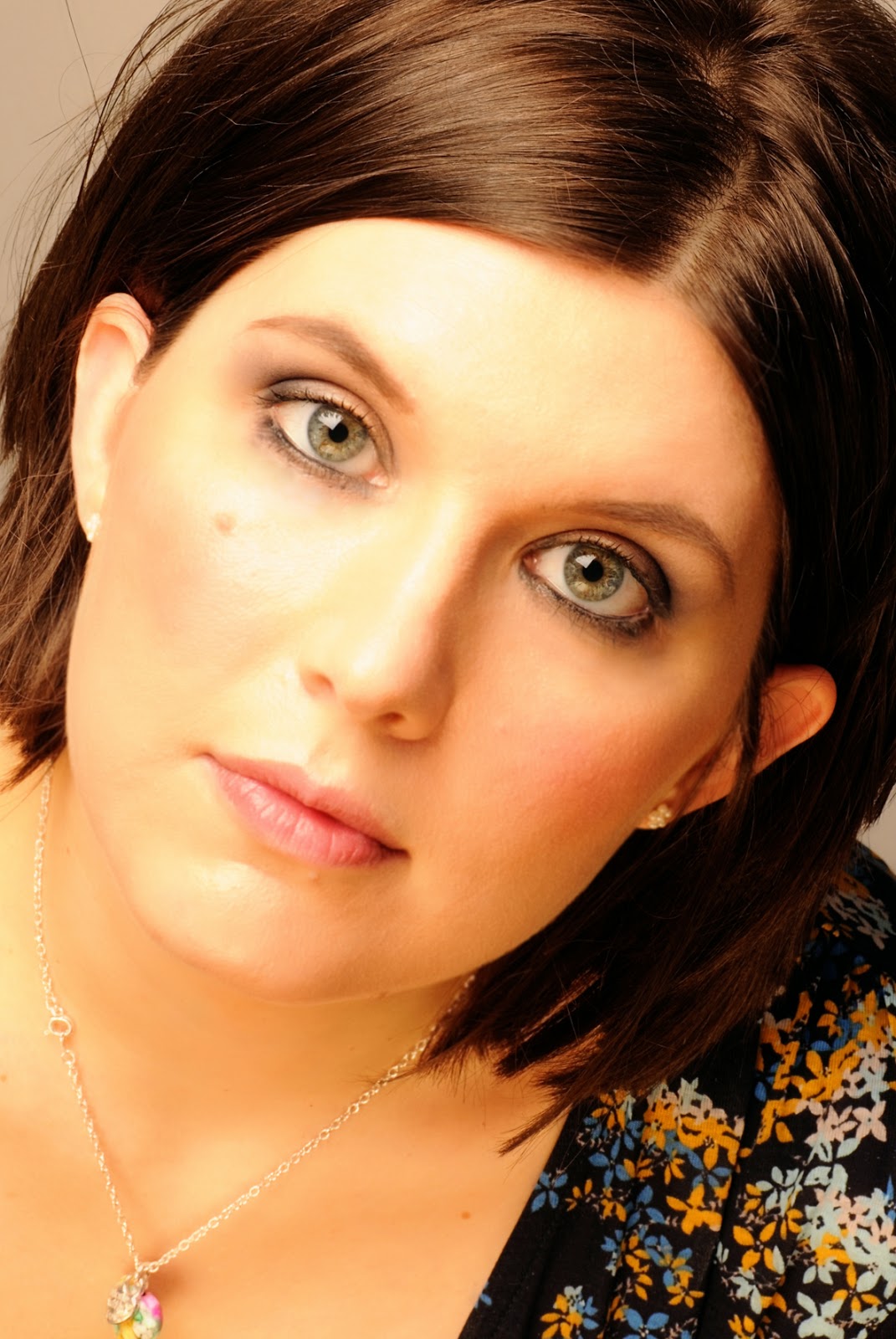 Daniela Sacerdoti is a mother and a writer. Born in Naples, but brought up in a small village in the Italian Alps, she lives near Glasgow with her husband and sons. She calls herself a thief of time – she steals time to write when everyone has gone to bed, or before they wake up. She’s a Primary teacher, but she chose to be at home with her children. She loves being with her boys, doing art with them, reading anything she can get her hands on and chatting with her girlfriends. But she also adores being on her own, free to daydream and make up stories.

Inary Monteith’s life is at a crossroads. After a stolen night with her close friend Alex, she’s just broken his heart by telling him it was all a terrible mistake. Then she has to rush home from London to the Scottish Highlands when her little sister’s illness suddenly worsens – and in returning she must confront the painful memories she has been trying so hard to escape.
Back home, things become more complicated than she could ever have imagined. There’s her sister’s illness, her hostile brother, a smug ex she never wants to see again and her conflicted feelings about Alex in London and a handsome American she meets in Glen Avich. On top of that, she mysteriously loses her voice but regains a strange gift from her childhood – a sixth sense that runs in her family. And when a voice from the past keeps repeating, ‘Take me home’, she discovers a mystery that she knows she must unlock to set herself free.
Take Me Home is a beautiful story of love, loss, discovering one’s true abilities and, above all, never forgetting who you really are. 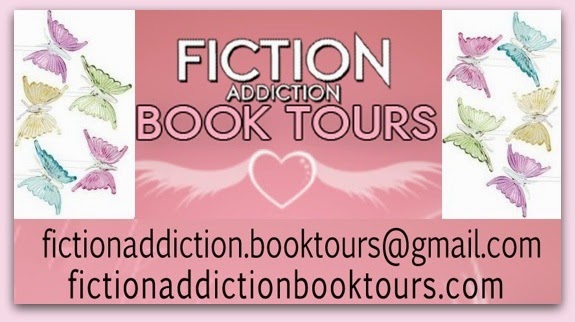 The overall giveaway is a paperback copy of Take Me Home.  Open Internationally.