A Place To Belong: What The Freak’s Chorus Means To Me by February Grace

At some point in life, almost everyone has had the experience of feeling different or left out.

I am sure I don’t have to tell you, it is not a happy feeling.

I was singled out in school for being different. For being physically weak, for religious differences, for…who knows what other reasons. The bottom line was that I was cast aside and bullied— so badly that my parents ended up withdrawing me from public school halfway through the fourth grade and homeschooling me from then on out.

I have never forgotten those experiences (though one tries.) Perhaps that is because they have all come rushing back to me more than once as an adult, as my poor health has again caused me to be viewed as different from the norm out in public.

Due to a stroke in my late twenties, I walk using a forearm crutch. I wear huge, and I mean GIGANTIC, special aphakia glasses because I don’t have lenses in my eyes any more. Without these glasses I am and will always be legally blind. I am lucky that my vision can be corrected at all, and I am grateful for them.

This does not stop people from staring at me in public; the old and young alike. Those things about me, as well as various other scars that I have from past medical procedures/issues make me different, and people think different doesn’t belong.

I am here to tell you that everyone belongs, it’s just a matter of finding out where.

Some people don’t mind not belonging much, especially if they’re an introvert, like I am, You might be happy with a few close friends: let the rest of the world think what it will of you, it doesn't matter much.

Others are more bothered by being seen as outsiders, and actively seek a place to fit in and belong. Somewhere that they feel they are welcome— where the stings of the stares and thoughtless words of the masses fade away.

This is the idea behind the concept of the Freak’s Chorus, as written in my novel, GODSPEED.

The Freak’s Chorus is a name that a disabled character, nicknamed Jib, gives the group of youthful patients in Doctor Godspeed’s care, himself included. He chooses the name for a specific reason. Quote:

“The Freak’s Chorus!” Jib crowed. “That’s what we call ourselves.”
“That’s what you call us,” Penn objected softly, as he poked a fork into his food, but looked unsure whether he felt up to eating it.
“Why…on Earth—” I stammered.
“’Cause if you own it, then the word can’t hurt you,” Jib explained. “Come on, you can’t tell me that you’ve never been called a freak before. Well, maybe not you, Elsewhere, because you never leave the ivory tower here. But the rest of us, all of us been called freak one time or another, am I right?” He paused, eyes shifting around the table. “Right? Penn? Marielle? You too, Lilibet, I know you’re listening.”
Lilibet continued eating her food without giving any indication she’d heard.
“Right. So you take the name as a title and wear it proud, and nobody can hurt you with it anymore.”

After being a teen with so-called hidden disabilities, it meant a lot to me to write about youths with various challenges in GODSPEED. I hoped to give a gentle reminder to anyone (regardless of age) who may read it and feels they don’t belong, whether due to physical challenges or for any other reason, that belonging is a matter of just finding the right people to fit with.

Just because you might not feel you fit in at school, or at home, or anywhere else, that doesn’t mean that there isn’t a place where you can’t, and won’t, fit in.

It can be a healthy, supportive place, whether among a small group of friends, or within the structure of a community setting like an after-school activity. Somehow, somewhere, you can keep looking until you find where you fit. Or you can assemble your own personal ‘chorus’ to keep you company, making a circle out of those who would otherwise feel left out as well.

The Freak’s Chorus is dear to my heart because I was— and still am, in many ways— an outsider. By sharing our experiences of feeling left out, we can bring others closer, and then one day we look up and find that we are not alone anymore, after all. 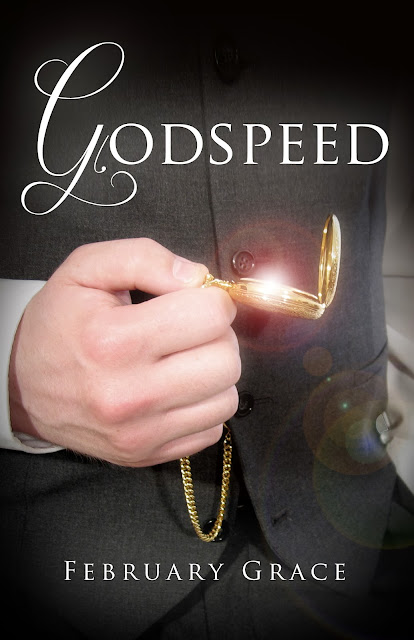 "What is a heart if not the ultimate clockwork?"

Abigail’s young life was saved by the kindness of strangers: Schuyler Algernon, the man who found her collapsed on cold city streets, and Quinn Godspeed, the doctor who risked everything by breaking the law to keep her fragile heart beating.

As the truth about what she’s become and her feelings for her saviour overtake her, Abigail is forced to ask what constitutes life, living, and what dark secrets are contained within Godspeed’s past and the walls of Schuyler’s house. 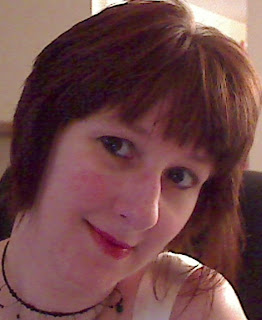 February Grace is a writer, artist, and poet who lives in Southeastern Michigan. She sings in key, plays by ear, and is more than mildly obsessed with colours, clocks, and meteor showers. GODSPEED is her debut novel. 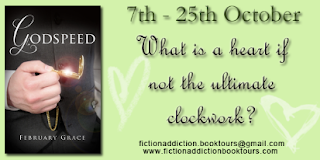 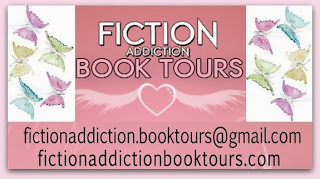