The Passionate Love of a Rake by Jane Lark 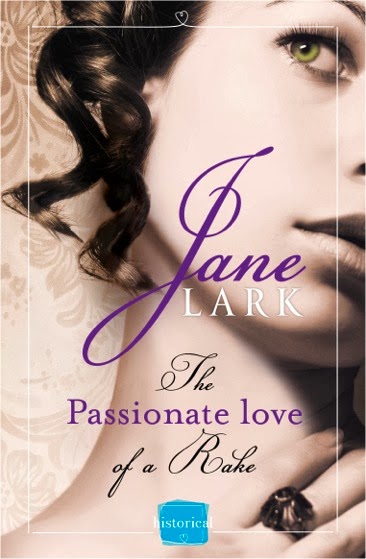 The Passionate Love of a Rake – Harper Impulse Historical Romance

The only woman who had the power to disturb Robert Marlow’s equilibrium had just appeared from nowhere and was now walking away from him, again. He’d heard Sutton had died, and known Jane was free, but he’d always thought his desire would only be for revenge, not her. Yet here he was, like a dog, chasing after her bloody bones.

Robert felt Jane’s fingers trembling. She was nervous and agitated. She’s vulnerable. He was frustrated. He was not playing games. She was the one who kept flying from hot to cold. There was something wrong she would not tell him, and nor would she admit she liked him. She did. She was a liar.

No one could refuse such a handsome, skilled man as Lord Barrington — except Jane.

How could she trust him when he had once let her down so badly?

When will the wounds of love be healed?

When I was given the opportunity to read this book for review I was thrilled. After absolutely loving the first book in the Marlow Intrigues Series - The Illicit Love of a Courtesan, I could not wait to get stuck into this book! And thankfully it lived up to my expectations.  Historical romance is a newish genre for me and Jane Lark has piqued my interest so much with her books that I am now a fan!

This second book in the series follows Robert Marlow in his quest to win the heart, and body, of Jane. After casting him aside as young would-be lovers, Jane married a man many years her senior, leaving Robert a broken man. He spent many years thinking badly of Jane and her motives for marrying the aging aristocrat. Over the years, whilst nursing his broken heart, Robert built up quite a reputation as a ladies man and a cad! He was irresistible to any woman he came into contact with and his love making skills reportedly the stuff of legends.

A chance meeting with the beautiful Jane, now widowed and looking like a goddess, opens up old wounds for Robert and it seems Jane is undecided in her affections for him. Robert is desperate to consummate his love for Jane but it all seems to no avail. What secret is she harbouring? Does she really love him or is she toying with his affections? For Jane, she feels that Robert failed to save her from her arranged marriage and is keen to protect her heart once again. Jane just needs a hero to save her! Is Robert to be that man?

Jane Lark has a unique style of writing that so easily draws the reader into the story, swept along in the world of a Regency Romance! The language spoken throughout the book is that of a gentler, more romantic age, but also an age where women had few rights. The love scenes in the book are tastefully done and extremely sensual and had me heading for a cold shower on more than one occasion. I am well and truly in lust with Robert Marlow! This is a beautiful love story that will have you caught up in the finery of Regency England and is an emotional, tender and tragic roller-coaster. Thank you Jane Lark for creating a wonderful world full of interesting characters and a fantastic storyline. I love this Regency Romance with an air of mystery! I look forward to the next book in the series! Highly recommend!

Author Bio
Jane is a writer of authentic, passionate and emotional love stories. 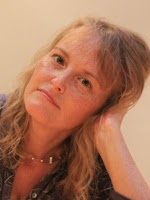 She began her first historical novel at sixteen, but a life full of adversity derailed her as she lives with the restrictions of Ankylosing Spondylitis.

When she finally completed a novel it was because she was determined not to reach forty still saying, I want to write a book.

Now Jane is writing both Regency and New Adult novels and she is thrilled to be giving her characters life in others’ imaginations at last.

Jane is also a Chartered Member of the Institute of Personnel and Development, and uses her knowledge of people to bring her characters to life.

‘Basically I love history and I’m a sucker for a love story. I love the feeling of falling in love; it’s wonderful being able to do it time and time again in fiction, and my understanding of people helps me write the really intense relationships I enjoy developing. I like writing characters who will capture your attention from the moment you open my book.’