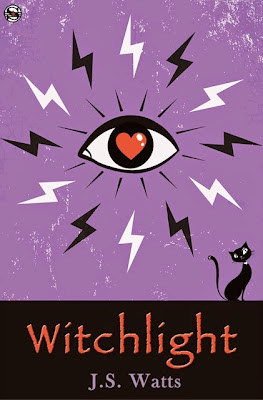 
Brook Cottages is thrilled to welcome J.S Watts to the blog with this great guest post.

Pigeonholes Are For Pigeons: the delights of cross-genre writing

As a reader, I enjoy reading genre books of all varieties, but I always get a little thrill when I come across a book that strays beyond traditional genre boundaries, or merges two or more genres. Margaret Atwood’s wonderful novel “Alias Grace” comes to mind: a book that simultaneously manages to be historical fiction, literary fiction, a mystery novel and an insightful piece of writing on human romantic and sexual relationships. Or there is Marcus Zusak’s “The Book Thief”, with its blend of history, emotion and magical-realism. It keeps me, the reader, on my toes, makes me think harder and often manages to deliver the unexpected.

As a writer, therefore, it is perhaps not surprising that my writing tends to be somewhat fluid when it comes to genre boundaries. For example, my poetry, whilst literary in style, frequently has mythical or science fiction themes. My short stories often straddle two or more genres: fantasy and horror, horror and crime, science fiction and fantasy, fantasy and literary fiction, and my first novel, “A Darker Moon” has variously been described as horror, gothic romance, dark fantasy, mythical fantasy, magic-realism, literary fiction and dark fiction. At least everyone agrees that it is dark. I guess I write what I want to read and try not to limit myself to pre-imagined boundaries.

Guess what! My new novel, “Witchlight”, ploughs its own furrow as well. It’s definitely fantasy/ paranormal, as it’s a story of witches and magic in modern-day England, but there’s also humour and a touch of romance, as well as some dark undercurrents. Like Harry Potter, my main character, Holly, discovers she has previously unknown magic powers, but as she is thirty-eight rather than eleven, similarities end there.

In fact, when her fairy godfather arrives to tell her she’s a witch, she's suddenly having to come to terms with the uncertainties of an alarmingly magic-fuelled world. Magic, it turns out, is not like it is in the books and films, and Holly starts to doubt whether her fairy godfather is the fey, avuncular charmer he appears.

In a world where appearances can be magically deceptive, Holly cannot afford to trust those closest to her, including herself. Whilst romance blossoms, accidents start to happen and people die. Old Magic is on the hunt, but in the age-old game of cat and mouse, it is not clear who is the predatory feline and who is the helpless rodent.

Does that make the book fantasy, magic-realism, paranormal women’s fiction, romantic urban fantasy or what? It’s possibly all of them, I guess. I wasn’t thinking about genre conventions when I wrote it. I just enjoyed creating characters that amused and entertained me, and hopefully my readers, and a story line that allowed my imagination to take me wherever it wanted. Basically, I wanted to stretch my writing wings rather than perch in a pigeonhole, however comfortable and cosy.

At the end of the day, whatever label “Witchlight” is given is probably going to be fine by me, just so long as people enjoy reading it and come to love the characters as much as I do.

About Witchlight: Holly has been mortal all her life. Now at thirty-eight, her fairy godfather arrives to tell her she’s a witch, and suddenly she's having to come to terms with the uncertainties of an alarmingly magic-fuelled world. Magic is not like it is in the books and films, and Holly starts to doubt whether her fairy godfather, Partridge Mayflower, is the fey, avuncular charmer he appears.

When appearances are magically deceptive, Holly cannot afford to trust those closest to her, including herself. Accidents start to happen, people die, Old Magic is on the hunt, but in the age-old game of cat and mouse, just who is the feline and who is the rodent? 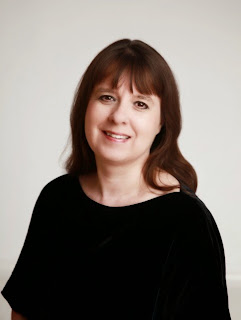 J.S.Watts is a British writer who lives and writes in the flatlands of East Anglia in the UK. Her poetry, short stories and reviews appear in a diversity of publications in Britain, Canada, Australia and the States. Her poetry collection, “Cats and Other Myths” and subsequent multi-award nominated poetry pamphlet, “Songs of Steelyard Sue” are published by Lapwing Publications. Her dark fiction novel, “A Darker Moon” is published in the UK and the US by Vagabondage Press. Her second novel, “Witchlight” (ISBN 978-0692406908), is due out from Vagabondage this week. You can find her on Facebook at http://www.facebook.com/J.S.Watts.page or on her website www.jswatts.co.uk