Author Interview: James Nally tells us about his new book Alone With The Dead 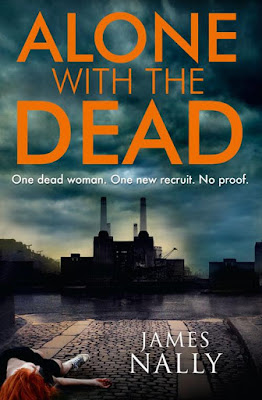 Alone with the Dead by James Nally
Series: A PC Donal Lynch Thriller #1

I am so thrilled to welcome author James Nally to the blog with a great author interview as part of his book tour. His book ALONE WITH THE DEAD sounds like a fascinating read and one that I am desperate to bump to the top of my TBR pile. Thank you James for taking the time out of a hectic schedule to appear on the blog.


Do you write under your real name or is this a pen name you use?

James Nally is my real name, though in Ireland everyone calls me Jimmy, in England Jim.

Rosemount, a little village near the town of Moate, county Westmeath in the Irish Midlands. It’s famous for a few reasons; Michael Jackson lived there in 2006 and there’s a recording studio which has played host to the likes of REM, Morrissey and Doves. The idea of Morrissey being less than a mile from my home excites me beyond reason.

Did you write as a child?

Yes, the only thing I ever won at school were prizes for writing. I’d a brilliant English teacher at secondary school called Pat Hogan who introduced me to books like Last Exit to Brooklyn and Robert Cormier’s Chocolate War – he made me realise literature is rock ‘n roll.

While at secondary school, I reported on school sports for the local paper, the Midland Topic. This developed into a weekly page about the local area. I was desperate to become a reporter and lucky enough to have a local paper give me a break.

I try to go 9am to 6pm each day and force myself to face a wall.

I always face a wall and outline the entire project in posts-its. It makes the room I work in look like Robin Williams’ lair in One Hour Photo. Chilling.

I am working on the follow up to my debut crime thriller. Alone with the Dead. The publisher, Avon, handed me a three-book deal, which was terribly decent of them.

Where did the idea for your book come from?

Back in 1991, I landed the job of crime reporter at National News Press Agency in London. For three years, I covered major trials at the Old Bailey for the national newspapers and completed dozens of in-depth ‘backgrounders’ on landmark cases before they’d even made it to court. This role gave me a unique insight into some of the most sensational police investigations of the era. Better still, it put me into direct contact with the people on the frontline of these cases, senior detectives, criminals, witnesses, the families of victims, lawyers and crime reporters.

The material I gathered was often dynamite, and that had nothing to do with my reporting ability. From the very moment someone is murdered, right through to the killer getting caught or escaping justice, you have human drama at its most raw, profound and dramatic, affecting all of those listed above in life-changing ways.
All I did was record it.

To my intense frustration, these scoops often failed to even dent the news agenda. The popular UK press had just started to move away from traditional ‘hard news’ towards fluffier celebrity / showbiz gossip.
To me it felt like; Right Said Fred 1, Fred West 0. I couldn’t allow these Trojan emotional set-pieces to go untold, so I stored every note convinced that, one day, I’d either turn them into a book or help someone else to do so.
Life moved on. I became a documentary director, switching seamlessly from crime to its natural bedfellow, comedy. All the time I told myself – like some literary Joseph Fritzel - I must get back to that cupboard.
Occasionally, I mentioned my secret stash of hard-core crime classics to literary agents or authors – people in the know. They all told me the same thing: sounds great, but you need a fresh angle, a unique selling point.
Little did I expect the TV world to deliver it…

Back in 2010, I agreed to direct a series for a US network about people with extreme sleep disorders. That’s when I learned about the curious condition called Sleep Paralysis, or ‘waking dreams’ – and realised it could provide a sexy new twist to the age-old crime genre.
To understand Sleep Paralysis, you need to know two things about dreams. Firstly, when we are in REM sleep, our bodies go into paralysis to stop us acting out our dreams. Secondly during dreams, our Amygdala – the brain’s alarm system that controls our ‘fight or flight’ response – is in a state of high alert. That’s why dreams are almost always scary and negative.

Sufferers of sleep paralysis wake, but their ‘REM dreaming sleep’ fails to ‘snap off’. As a result, they ‘wake’ in the night literally scared stiff. Often, if they sleep on their backs, the paralysis of chest and throat will make the sufferer feel like they’re being choked. To justify the inherent terror the victim feels, the brain hallucinates that person’s particular bogeyman – often typical of the culture they belong to. In ancient times, people saw demons or the devil on their chests. In the 1800s, sufferers saw witches. Since the 1950s, the ‘baddies’ in these sleep paralysis episodes have tended to be aliens.
Rookie cop Donal Lynch suffers from sleep paralysis and sees the recently-murdered - but they don’t just scare him half to death. They put on a show for their reluctant host which, he gradually realises, is pointing him to their killer.
Back home in Ireland, the ghost of an unresolved death waits for him. He knows he can’t move on with his life until he confronts it, which provides the book’s slow-burn back story and gripping finale.

* A little note from me (JB) here..............another reason I want to read this book is because I suffer from sleep paralysis myself!

Who was the first person you gave the book to read?

I gave one to my partner and soulmate, Bridget McGrath, a second to my dear friend Ian Gallagher who is chief reporter at the Mail on Sunday and the best writer I know, a third to my mum who’s an avid book reader in Ireland and a fourth to my ex, a fine writer called Alison Clements.

Loads.
1: Get it down. Writing is re-writing. Once you get it down, the writing will become real and take on a life of its own. The worst thing to do is over-think it. Plan the plot and get cracking.
2: Find an angle. Decide what your genre is, then work out what your unique selling point is. Your book needs to belong to a category, but redefine it in some way. Come at something old in a whole new way.
3: Remember all the things you know about and understand that other people don’t. If you’re a teacher or a dustman or a labourer, think about the unique insights you can bring to people who’ve never done any of these jobs. Similarly, your hobbies, where you’re from, real anecdotes. Borrow for it all.
4: Get a brilliant agent. I had the amazing Ben Mason of Fox Mason who also acted as an editor, friend and occasional arse-kicker.
5: Don’t give up. Some agents and publishers can seem hostile and, frankly, dismissive.


Well, I think everyone will agree that was a fantastic interview. Lets find out more about the book!
Book Blurb
Published in paperback by Avon, 8th October 2015, £6.99
Alone With The Dead By James Nally
Chilling, brutal, addictive – if you like Tim Weaver and James Oswald, you are going to love James Nally.

The first in an electrifying new British detective series starring PC Donal Lynch.
It's not every policeman who sees the dead after they've died…
Meet PC Donal Lynch. Irish runaway. Insomniac. Functioning alcoholic.
Donal is new to working the beat in London, trying his best to forget that night. After all, there aren’t many police officers who can say they have a convicted murderer for an ex-girlfriend.
So when a woman is murdered on his patch, Donal throws himself into the case. As the first person on the scene, Donal can’t forget the horrific sight that faced him – and he knows this case can’t go unsolved. But how do you solve a case with no lead suspect and no evidence?
As his past catches up with him, Donal is forced to confront his demons and the girl he left behind. But what will crack first, the case or Donal?
About the author 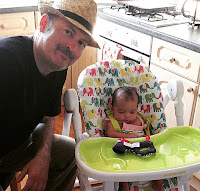 James Nally was a journalist for 15 years, before leaving to become a producer and director of TV and film. This is his first novel, and is based on his experiences of his years writing about the murder victims of London.