Short story by the author of psychological thriler, The Teacher - Katerina Diamond 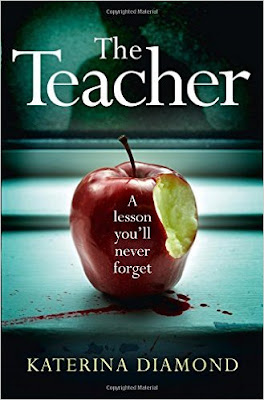 The Teacher by Katerina Diamond

I am delighted to be taking part in the blog tour for Teacher by Katerina Diamond. As part of the tour, Katerina has put together a story for the tour. Each host taking part has a part of the story. Mine is Part 2. You can find the first part of the story over at Linda's Book Bag. Check it out too. Let's find out about the book first before the second part of the Stalkers story.  You can follow the rest of the Stalkers story by checking out the other tour hosts each day. They are listed below on the tour banner.

You’re wrong …
The body of the head teacher of an exclusive Devon school is found hanging from the rafters in the assembly hall.

Hours earlier he’d received a package, and only he could understand the silent message it conveyed. It meant the end.

But as they’re drawn into a network of corruption, lies and exploitation, every step brings them closer to grim secrets hidden at the heart of their community.

And once they learn what’s motivating this killer, will they truly want to stop him?

This is a psychological crime thriller in a class of its own.

Warning: Most definitely *not* for the faint-hearted! 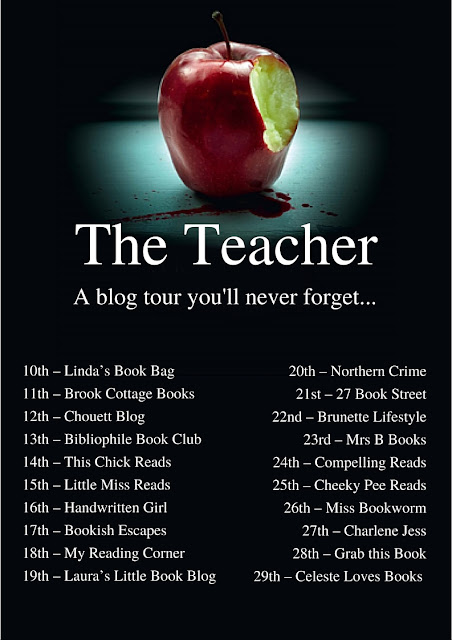 A small group of converted town houses were latched on to the long row of modest terraces. The town houses were Victorian but most of the rest of the street had been obliterated in the Second World War. Adrian walked up the steps with Lucy; she had told him her name on the walk over. She lived on the second floor of the very last building. It occurred to Adrian that he was actually pretty unobservant for a detective as she lived directly opposite him.
She opened the door for him and he bent down to look at the lock. There was absolutely no evidence of tampering, no scrape marks, no nicks or chipped paint. It looked fine.
“What about a landlord?”
“When I bought the place I changed all the locks. No one has a key.”
Adrian went into the flat with Lucy. It was as tidy as it looked in the pictures. He noticed a cat bowl in the kitchen but there were still no signs of a break-in.
“Are you sure it’s not just the cat?”
“Mr Kwan is clever but I don’t think he hung my dressing gown up on his own.” She giggled.
“Is there anything besides the dressing gown. When did you first notice it?”
“It all started with my mug.”
“Your mug?”
“Every morning before work I have a mug of tea before I leave, I leave the mug in the sink. It took a while for me to notice but when I got home it was washed and put away. I thought I was going loopy at first.”
“Are you sure?”
“That’s why I started taking the photos, I knew things were moving but not enough for it to be a big deal, not enough for me to really notice at first. I’m not normally this tidy detective, but it’s easier to spot anything out of place this way.”
“Actually, it’s harder to duplicate mess. You should trash the place and take photos, then you would definitely see what’s moved.” He realised he was probably not helping the situation and quickly changed the subject. “Is there anything else you can think of that would indicate someone has been in here?”
“Nothing I can prove.” Lucy stood thinking for a moment. “Actually sometimes when I come home it smells weird.”
“Weird how?”
“Like someone’s been here. You know what your place smells like, it’s just something people know, when I get home sometimes it’s not right… the smell.”
“Look, here’s my card.” He handed her the card with his mobile number on it and smiled as reassuringly as he could. “If you notice anything else just let me know. I’m right across the road, it’s no bother.”
“Thanks Adrian.” She smiled back and walked out the door just as Grey bombed round the corner in her black mini.