Review + Giveaway: The Secret of Hillcrest House by Melanie Robertson-King 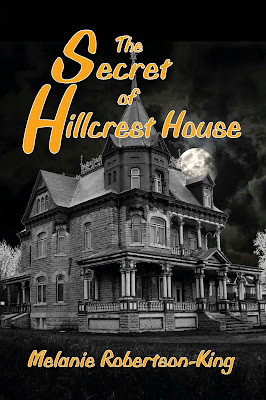 The Secret of Hillcrest House by Melanie Robertson-King

Sometimes there’s more to a house than bricks and mortar.

Hillcrest House is one such place. Perched on a cliff in the picturesque town of Angel Falls, there is more to this Victorian mansion than meets the eye. When referring to the house, the locals use the word haunted on a regular basis. Strange visions appear in the windows, especially the second-floor ones over the side porch. Even stranger events take place within its four walls.

Rumour has it, the original owners, Asher and Maggie Hargrave, never left their beloved home. They claim the couple and their family are responsible for driving people away. Over the years, Hillcrest House has changed hands numerous times. No one stays long. Renovations begin then stop and the house is once more abandoned. The latest in this long line of owners is Jessica Maitland.


Will Jessica be the next one to succumb or will she unravel The Secret of Hillcrest House?

Melanie Robertson-King's latest novel serves up a delightful blend of the supernatural and spicy romance, Lynn L. Clark, author of The Home Child, and Fire Whisperer & Circle of Souls: Two Novellas of the Supernatural, & The Accusers

The wind picked up making it difficult for Jessica to return the contents to the pouch. As she turned to place them in her purse, a face and hands appeared in the window over the side porch. “There’s someone in there,” she gasped, pointing to the location.
“Keys. I’ll need them unless you want me to break in.”
Transfixed by the image, Jessica couldn’t look away. She extended her arm and dropped her ring holding her house and car keys into his hand.
“You stay here,” he ordered before sprinting to the front of the house.
The face appeared to be that of a young child. After a few minutes, the image faded. She blinked thinking it vanished because she’d stared at it for so long, but even that didn’t help.
Frightened by the disappearance, she dashed after the officer.
When she stepped through the door, the pungent smells of damp and stale assailed her nostrils. Out of habit, Jessica reached for the light switch. She discovered an old-fashioned push button one indicative of knob and tube wiring. That was another expense she wasn’t prepared for.
At one time, the dark wainscoting in the foyer shone. Now it was dull, dingy and covered with dust. The paint above it and on the ceiling had peeled and curled. Flakes littered the floor and stairs. She grabbed a loose piece of paint from the wall and gave it a tug. It pulled away with little resistance.
Two large rooms stood on either side of the main hall. Jessica entered the one to her left. Pocket doors, off their tracks, cut off part of the large doorway. Yellowed wall and ceiling paper hung from crazy angles. The plaster it once covered now exposed. Sheets covered the furniture. At one time, they had been white but now, layered with dust. Jessica thumped her hand down on the back of a sofa forcing a cloud of the grubby powder into the air. Choking, she scurried out and into the room across the corridor.
It, too, was in the same state but in here, boards didn’t cover the windows. Sun shone through grimy panes of glass, and dust particles floated in the air trapped by the beams of light.
The sound of footfalls on the stairs echoed through the house. Jessica turned. She gasped and clapped her hand over her mouth. On the back of a sheet-covered sofa, lay a pristine, long-stemmed red rose.
The officer stepped into the room, securing his truncheon to his belt. “I thought I told you to stay outside.”
She didn’t reply. Stood shaking and pointing at the flower. Tried to speak but no sound came out. The room started swimming in front of her eyes. Her mouth went dry. She felt cold and clammy.
Jessica came to outside on the verandah with no idea how she got there or what happened.
“You fainted,” the cop said. “I caught you before you fell and brought you out into the fresh air.”
She stared at him and nodded only half understanding what he told her.
“By the way, I’m Alain Fournier.” He flashed a smile revealing brilliant white, perfect teeth. “And you are?”
“J-Jessica Maitland.”
“There was no one anywhere in the house. I’ve checked it from top to bottom.”
“But …,” she sagged against his shoulder.
How could that be? She saw the face in the window and the hands pressed against the glass. If no one had been inside the house, how did that rose get there? It was fresh. Not wilted. It made no sense. Her mind had to be playing tricks on her. Tired from the long drive and concentrating on the GPS directions, all she wanted was sleep.

The Secret of Hillcrest House is the first book from Melanie Robertson-King I have read. When I read the blurb for the book I was very excited as I love a good haunted house mystery! From the outset, the action starts when we are introduced to Jessica who has just bought Hillcrest House. The sale of the house is slightly unusual in that Jessica buys it from the internet without ever having viewed the house before. This is a decision she soon regrets and her planned move into the house is not going according to plan. There's just too much to fix! Her first visit to the house sees her get the fright of her life when she sees a face at the window. However, hunky cop Alain is on hand to help a damsel in distress. Jessica, not long out of an unhappy and grief stricken marriage is instantly attracted to Alain who himself has suffered grief at the loss of his wife.

The story moves on at quite a rapid pace and I was able to read the book, which is only about 168 pages, in one sitting. It was perfect for a rainy and dismal Sunday. There was lots of mystery throughout and the ghosts of the past were ever present in Hillcrest House. Jessica is determined to find out what secrets Hillcrest holds and restore it to its former glory but she seems thwarted at every turn. As though all this wasn't enough to drive her to the brink of despair, her feelings for Alain lead her into a new relationship with him. Is she ready for this? More to the point, is he? Their relationship does seem to get off to a very quick start and this is perhaps my only criticism. I'd have liked to have seen a slow burn to their relationship first. However, there are a couple of smoking hot love scenes in the book so be prepared to get a little hot and flustered! Best read in the vicinity of a cold shower! The Secret of Hillcrest house is packed full of spooky apparitions, mystery, romance and a story from the past that needs to be told. A great read for lovers of a good ghost story! 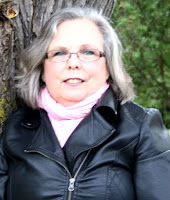 Melanie Robertson-King has always been a fan of the written word. Growing up as an only child, her face was almost always buried in a book from the time she could read. Her father was one of the thousands of Home Children sent to Canada through the auspices of The Orphan Homes of Scotland, and she has been fortunate to be able to visit her father’s homeland many times and even met the Princess Royal (Princess Anne) at the orphanage where he was raised.