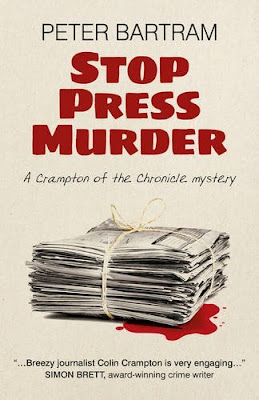 
FIRST, the saucy film of a nude woman bathing is stolen from a What the Butler Saw machine on Brightons Palace Pier. NEXT, the piers night-watchman is murdered - his body found in the coconut shy. COLIN CRAMPTON, ace reporter on the Evening Chronicle, senses a scoop when hes the only journalist to discover a link between the two crimes. HE UNCOVERS a 50-year feud between twin sisters - one a screen siren from the days of silent movies, the other the haughty wife of an aristocrat. BUT COLINS investigation spirals out of control - as he RISKS HIS LIFE to land the biggest story of his career. STOP PRESS MURDER, a Swinging Sixties mystery, has more twists and turns than a country lane. It will keep you guessing - and laughing - right to the last page.


IT STARTED ON A DARK NIGHT IN WORTHING…

The scene is an ill-lit street in Worthing, a coastal town in West Sussex. The time: February 1966. A young reporter is walking back to his newspaper's office after covering the proceedings in the local magistrates' court.

As the reporter turns the corner, a bulky figure looms out of the shadows. The reporter immediately recognises the man as one of the defendants who'd earlier been standing in the dock at the court. He'd been found guilty of affray - fighting in the street after a booze-up the previous Saturday night - and fined five pounds, (£84 today if you take into account inflation).
"You're from the paper, ain't you?" says the bulky figure. "I was watching you scribbling away at the press table."
"You're point being?" says the reporter.
"My point being that if you print anything about me in your rag, you better watch your back. Know what I mean?"
"I have a reasonable idea," replies the reporter.
It turns out the bulky figure works as a kitchen porter in one of the town's hotels. If his bosses discover he's just picked up a criminal record they'll sack him. Hence, his aversion to publicity.
The reporter nods agreeably to the bulky figure and continues on his way. The bulky figure scowls and slouches off in the opposite direction.
Fast forward to July 2014. The reporter has now become a freelance journalist after a career which has taken him to Fleet Street and on many foreign assignments. He's planning to write a series of crime mysteries, a lifelong ambition. But he's puzzling over who the central character should be. When it comes to detectives, other crime writers have covered every conceivable angle. Same with private eyes.
And then the light bulb comes on his mind as the memory of that incident in a dark Worthing street floods back. Why not make the central character a crime reporter? And why not place him in the 1960s? And why not set the stories in Worthing? No, on second thoughts, perhaps not. The reporter recalls interviewing a Canadian visitor to the town back in those days.
"What do you think of Worthing?" says the reporter.
The Canadian (looking dismayed at the geriatric population passing by) replies: "Back home, we bury our dead."
So not Worthing. But if the scene is moved to Brighton, just 10 miles along the coast, that was a town that hummed with action in the Swinging Sixties.
I bet you guessed several paragraphs back that the reporter was me. And those days in the 1960s working in newspaper newsrooms have proved to be more fruitful than I imagined at the time. They've provided a wealth of background and incident for my Crampton of the Chronicle series of humorous crime mysteries.
And so did I ever write a story about that kitchen porter? The irony is that I hadn't intended to. The story was a feeble one by crime standards - not the kind on which the paper would use up valuable column inches.
But when I mentioned the incident to the editor, he insisted I write the story as long as possible - and we put it on the front page. "Nobody threatens the fourth estate and gets away with it!" my boy.
I haven't yet fictionalised that incident in a Crampton book, but maybe it will turn up in a story in the future. But whenever I'm stuck for an idea, I take a trip down memory lane to those 1960s newsrooms.

Stop Press Murder: a Crampton of the Chronicle Mystery by Peter Bartram is published by Roundfire Books.
There is a free Crampton taster novella - Murder in Capital Letters - available to download at www.colincrampton.com/free-novella 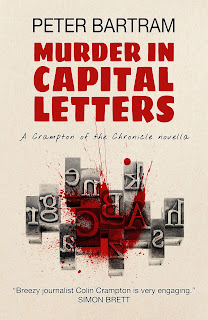 Murder in Capital Letters, a Crampton of the Chronicle novella, is free to download for your kindle or other e-reader at:
www.colincrampton.com/free-novella

SHOT TWICE! Brighton antiques dealer Freddie Hollingbourne-Smith is murdered in his workshop - and crime reporter Colin Crampton is first on the scene.

CRYPTIC CLUE: Colin must puzzle out the mystery left by a small pile of printers' type - all in capital letters - before he can finger the killer.

THE CLIMAX EXPLODES on the famous train, the Brighton Belle. With Colin's feisty Australian girlfriend Shirley at his side, the laughs are never far from the clues as the pair hunt down the murderer. 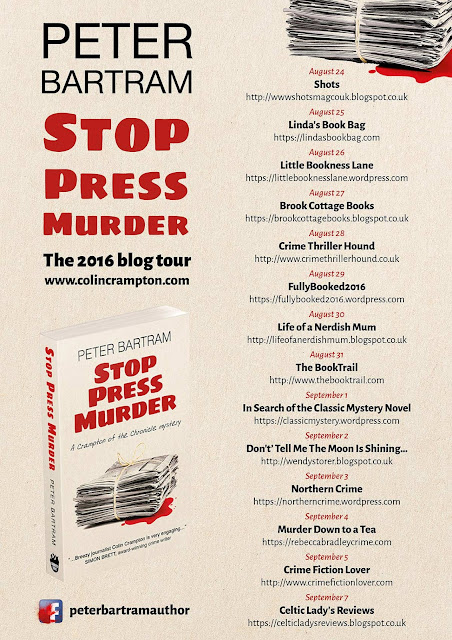 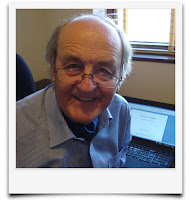 Peter Bartram brings years of experience as a journalist to his Crampton of the Chronicle crime series – which features crime reporter Colin Crampton in 1960s Brighton. Peter has done most things in journalism from door-stepping for quotes to writing serious editorials. He’s interviewed cabinet ministers and crooks – at least the crooks usually answer the questions, he says. He’s pursued stories in locations as diverse as 700 feet down a coal mine and a courtier’s chambers at Buckingham Palace. (The former is easier to get into but at least you don’t have to wear a hat with a lamp on it in the latter.)

Peter wrote 21 non-fiction books, including five ghost-written, in areas such as biography, current affairs and how-to titles, before turning to crime – and penning Headline Murder, the first novel in the Crampton series. As an appetiser for the main course, there is a selection of Crampton of the Chronicle short stories at http://www.colincrampton.com. Peter is a member of the Society of Authors and the Crime Writers’ Association.