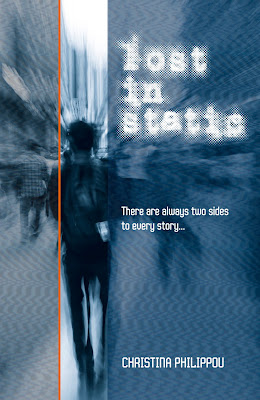 Today I am thrilled to welcome Christina Philippou to the blog today with a great author interview.
INTERVIEW

Do you write under your real name or is this a pen name you use?
Do you really think I’d make up a name that no-one can pronounce or spell? No, it’s my real name.

Where are you from?
I was born and grew up in Athens, Greece, but have lived in England for almost all of my adult life.

List 3 interesting facts about yourself.
I have three passports, eat Nutella with a spoon straight from the jar, and once tackled a (real) princess while playing football.

What was the first thing you ever had published?
Some very depressing poetry …

Do you have a writing routine?
Not really. I live a very busy life, so writing is something that happens whenever there’s a spare moment. I’m happy to fit it in, but I also think it’s influenced my writing style – short chapters, no frills. I’m the only person I know whose editing involves trying to double the overall word count…
Do you have any writing rituals? I use spreadsheets to plan. Enough said.

Where did the idea for your most recent book come from?
My husband and I were “debating” about what happened the night we first got together and it got me thinking about how different people interpret events and body language or words completely differently. I wanted to read books that made you question points of view and understanding of events but, the harder I hunted, the less I found. Lawrence Durrell’s The Alexandria Quartet and Gillian Flynn’s Gone Girl were the closest I got, but neither quite hit the spot. Fine, I thought, if I can’t read it, I’ll write it.
But where to start? Given I was telling more than one side of the story, the novel had to be set where the characters all lived through the same events on a daily basis. I considered soldiers at war or students in university halls, and decided on the latter, bringing four characters together by circumstance and tearing them apart. Then I added the ingredients for a year shaped by lust, betrayal, and violence, and started peeling back the layers.

Who was the first person you shared your book with?
Said husband. We still haven’t settled that debate though…

Do you have a current work in progress?
Currently editing my slightly darker second novel. This one’s narrative plays with perception changes over the passage of time…

Do you have any advice for budding authors?
Plan, write, edit. And learn the ‘writing rules’ so that you can then break them happily. 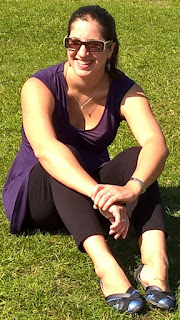 Christina Philippou’s writing career has been a varied one, from populating the short-story notebook that lived under her desk at school to penning reports on corruption and terrorist finance. When not reading or writing, she can be found engaging in sport or undertaking some form of nature appreciation. Christina has three passports to go with her three children, but is not a spy. Lost in Static is her first novel.

Sometimes growing up is seeing someone else’s side of the story.
Four stories. One truth. Whom do you believe?
Callum has a family secret. Yasmine wants to know it.
Juliette thinks nobody knows hers.
All Ruby wants is to reinvent herself.
They are brought together by circumstance, torn apart by misunderstanding. As new relationships are forged and confidences are broken, each person’s version of events is coloured by their background, beliefs and prejudices.
And so the ingredients are in place for a year shaped by lust, betrayal, and violence…
Lost in Static is the gripping debut from author Christina Philippou. Whom will you trust? 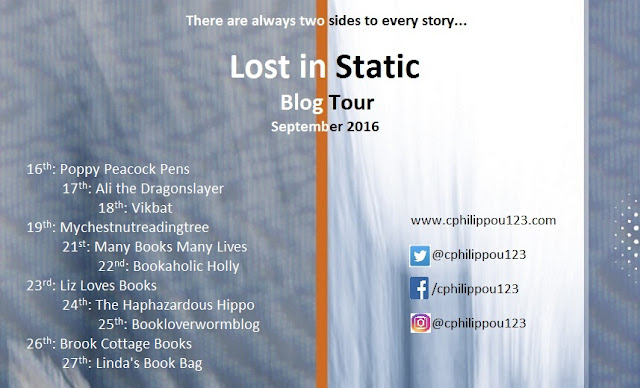