Guest Post from Richard Alexander - Growing up in the 50's and 60's. 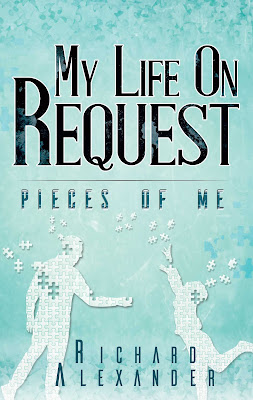 My Life on Request: Pieces of Me by Richard Alexander

Richard Alexander's My Life On Request - Pieces of Me is an account of the author's early years growing up in the Home Counties during the fifties. This is a poignant and personal account of post war boyhood surrounded by three brothers and a much younger sister, although Penny does not feature hugely in this masculine take on family life.

Enjoyable, funny, sad and touching in equal measure, My Life On Request - Pieces of Me will resonate with many readers as the journey from Richard the young child through to adulthood, is explored and described via a mechanism of different and powerful influences and cameos of life events. It is a social and historical commentary on changing family life as the fifties gives way to the sixties, a truly fascinating time to be alive. 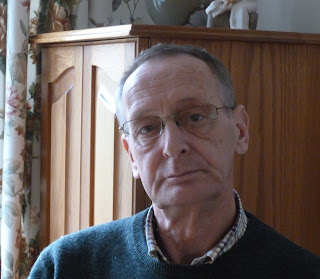 I was born in England in 1948, three years after WWII. I became the youngest of four boys followed some five years later by our only sister. A family of seven living in a semidetached three bedroom council house in Aylesbury Buckinghamshire. Growing up through the 1950’s and 60’s the UK was struggling to rebuild, to overcome the horrors and costs of WWII which provided many challenges. The East-VS-West ‘cold war’ between former allies was a constant threat to us. Germany was split by the Berlin Wall.  Slow economic recovery in the UK was reflected in continued food rationing well into the 1950’s. Money was something ‘others’ had. Many schools struggled to find teachers. The ‘Baby Boomer’ population was growing rapidly with a huge level of frustration towards Government for its denial that social changes at home were needed. The time for censorship across all media, including the recently introduced wonder of Television and including the banning of ‘Rock-n-Roll’ simply could not continue. The eruption in the late 1950’s by the ‘Boomers’ caused uncontrollable havoc. Thus the glorious 1960’s were to emerge with its massive social changes, in Fashion, Music, Art, Theatre, political thinking and sexual freedoms.

I had no real insight into the lives of any grandparents, just parental memories occasionally offered. I became a grandfather in the year 2000. This led to discussions about giving our grandchildren just a small insight into our lives when we were growing up. The challenge, to offer them some understanding of the person I am today.

A lot of self-searching was undertaken. Personal battles of what to include, or harder still ‘leave out’ took its toll over the years. I recognised early in this project that my memories may be very different to memories of the same event or events as my siblings. This demanded that for my own grandchildren I must only call on and record those memories that were mine and mine alone, with just one exception, my arrival of this planet. A challenge that required soul searching, concentration and personal truth.

To writers attempting such a task I would only say that to be successful there is just two things that may help. The easy one, use only your memories. The difficult one, do not lie to yourself.
Richard Alexander. (My Life On request – Pieces Of Me)