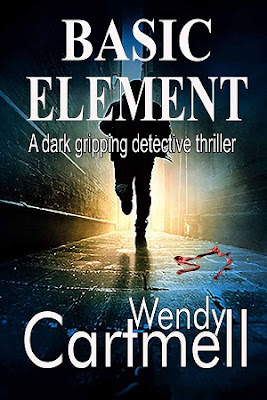 
He’s not a killer. He’s ordinary. It’s just that he has an addiction.

The papers call him The Choker. Crane and Anderson call him a sadomasochist. But whatever his name is, the Major Crimes team have to find him. And fast. Because time is running out. It won’t be long before he kills again.

You’d be surprised how still I can sit. I’m doing it now. My bottom is on the floor, my knees are pulled up and my arms wrapped around them. I’m watching a spider. A big, black, fat one. He’s just behind that rock. He came out once, but I frightened him by moving, so he ran away and I had to start all over again. I won’t make that mistake again. I can wait for ages and ages.
Here he comes. I can see one black leg poking out. Here comes another, and another. A spider has eight legs. I learned that at school. I like school, it’s interesting. I’m not like some of the other children. They mess about, don’t concentrate, don’t try their hardest. I always try my hardest. Daddy makes sure of that. Daddy helped me to learn to sit still. He said I was a terrible wriggler, so he tied me to a chair until I stopped. He doesn’t have to tie me down anymore. I can sit still for ages, until he tells me I can get down. It makes me feel funny inside. I quite like that feeling. So I do as I’m told.
I can see the spider’s body now. He’s inching his way out from his hiding place, his legs reaching out ahead of him, making sure there’s nothing in his way. And there isn’t. Not really. Only my little hand and if I keep it still enough he’ll crawl right onto it.
The spider is climbing onto my hand now. One leg, two. He’s an old slow coach but I can wait. Nearly there…
My fingers curl over his body, trapping him inside my hand. Got him!
I hold the spider’s body between my finger and thumb, leaving his legs dangling in the air. Now I can count them. The first leg comes off easily, making him wriggle even more. He isn’t as good as being still as I am. As I pull off each leg I sing quietly to myself…
Incy wincy spider…

This book is the 2nd book in the Crane and Anderson series and boy what a book! It can totally be read as a standalone as it flows so seamlessly.

There is a killer on the loose and Anderson and Crane are at a loss as to how to catch him. Leaving victims strangled in what appears to be a sex game gone wrong, he covers his tracks well, ensuring that he is always one step ahead of the law. With the new crime team on the case, each member of the team must call upon their individual skills to catch 'the choker.' Meanwhile, in suburbia a distraught housewife suspects her husband may be 'the choker'. But, how can she prove it and why are the police not taking her concerns seriously. She'll crack the case herself and show the police that she was right all along! Big mistake! Ill equipped to deal with anything outside of her manic cleaning routines at home, it seems she's bitten off far more than she can chew.

I don't want to say too much more about the story and give too much away but suffice to say it had me hooked! Having previously enjoyed the first book in the series, Rules of The Earth, (check out my review HERE.)  I was keen to get straight into this one. I worry that the next book in a series will not be able to top its predecessor. However, I am pleased to be proven wrong as this book is brilliant! I can't fault it at all. Crane and Anderson make a fantastic double act, each possessing a real human element and interesting back story to the characters. Their little crime solving team work well together despite being hugely different from each other. Each as its own unique style of doing things.

Parts of this book were particularly creepy and very sinister as you can probably tell from the extract above. Throughout the book we are privy to glimpses into the back story and the psyche of the character known only as 'Boy'. An horrific childhood full of abuse which he normalises. This is after all how his Daddy does things. Nothing weird there! Basic Element was an exciting and intriguing book with lots of little twists and turns. I absolutely loved it! I held my interest and totally worked my brain, as I was trying desperately to solve the crimes too! Wendy Cartmell has such a lovely writing style that draws the reader into becoming part of Anderson and Crane's team! Highly recommended. 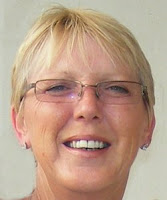 Wendy Cartmell is the author of the Amazon #1 Bestseller STEPS TO HEAVEN. She lives on the Costa del Sol with three mad dogs and her even madder husband. She inherited her love of reading from her parents and discovered her ability to weave a good story at Reading University, which she attended at the tender age of 40.

After several failed attempts at writing in various genres, Sgt Major Crane, a military policeman, knocked on her proverbial door and the rest, as they say, is history. All 8 Crane crime thrillers are published by Endeavour Press, as well as the Emma Harrison mystery trilogy, set in Reading Young Offenders Institution.