Guest Post from Lisa Hartley on the Ask No Questions blog tour! 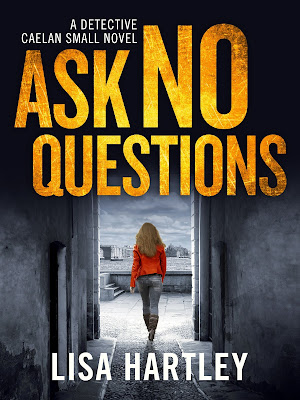 Some secrets were meant to stay hidden… Trust no-one

After an operation goes badly wrong, undercover specialist Detective Caelan Small leaves the Metropolitan Police for good. Or so she thinks. Then the criminal responsible is seen back in the UK.

Soon Caelan is drawn back into a dangerous investigation. But when the main lead is suddenly murdered, all bets are off. Nothing is as it seems. Everyone is a suspect - even close colleagues.

Someone in the Met is involved and Caelan is being told to Ask No Questions.

This isn’t an option: Caelan needs answers… whatever the cost.

The nerve-shredding new crime thriller from bestseller Lisa Hartley starts a must-read new series. Perfect for fans of Angela Marsons and Robert Bryndza, it will keep you guessing until the very end.

Thank you for giving the opportunity to talk about my Top Ten Thriller/Crime books.


At first, I thought I would find it easy to narrow down the hundreds I’d read to ten of my favourites. I was wrong. Very, very wrong.


It proved to be next to impossible.


There are books that have shocked me, books that disturbed me, others that made me afraid, worried or angry. There are authors whose books are like old friends – a new story every time, but featuring characters who have become as familiar and real as people I know. I also enjoy discovering writers I’ve never read before – scanning the first few pages and knowing you’re going to love what follows, then finishing the book and hunting for everything else the author has written.


I decided to list ten books that I’ve enjoyed, ones I’ve remembered or gone back to read again. It’s not an exhaustive list of my top ten reads, because that would change week on week, and if wrote this list again tomorrow, there would no doubt be ten new choices.


Some books are part of a series, others are standalones. Some were published fairly recently, some have been around for a while. My list could have gone into the thousands, because there are so many amazing books and authors out there. Here then, in no particular order, are some of my favourites.


I could really have chosen any of Val McDermid’s books, as I’ve read most of them and they’re all great reads. You know when you pick up one of her novels to expect intricate plotting, meticulous research, strong characters, and a killer storyline. This is one of my favourites.


The first book in the Kay Scarpetta series. I first read it about fifteen years ago, and was amazed by the forensic detail, as well as Cornwell’s ability to create complex, believable characters. Again, I could have chosen several other books from the series, but Postmortem introduced Scarpetta, and, arguably, a new approach to writing about crime.


This book pretty much has it all. Scott doesn’t shy away from the horrors of the violence humans are capable of, but also explores vengeance, and the healing power of love. Scott’s main characters are instantly likeable, but flawed, and totally believable. A powerful, dark and beautifully written thriller. I loved it.


4) ‘The Murder of Roger Ackroyd’ by Agatha Christie.


Well, there had to be at least one Agatha Christie book on the list! Again, I’ve read most of Christie’s work and am always amazed by her ability to conjure up a character in a few sentences. She was a master at persuading the reader to have one opinion of a character, and his or her guilt or innocence, then turning the whole idea on its head a few chapters later. This book is a classic example of her skill. Poirot and Miss Marple are some of my favourite characters in the genre, and the stories continue to amaze and baffle readers almost a hundred years after Christie was first published.


Billingham’s DI Tom Thorne series is one of my favourites. The novels are police procedurals, but Billingham cleverly manages to make each one fresh and inventive. Thorne is a great protagonist, and in this book is undercover amongst London’s homeless population. This scenario allows Billingham to explore Thorne’s humanity and vulnerability, as well as his determination to catch the killer.


6) ‘Indemnity Only’ by Sara Paretsky.


The book that introduced Chicago-based private investigator V.I. Warshawski. Paretsky’s books are reliably good reads, and one of the main reasons is her main character. Warshawski is tough, determined, generous and fearless. The first novel in a deservedly popular series.


The book has a fascinating premise – Patrick Fort is a medical student who has Asperger’s syndrome. In the course of his studies, Patrick discovers there is a murder to solve, and sets out to do so. Bauer is good at portraying the struggles of both Patrick and the people around him, and the mystery element is satisfying and shocking. An unusual book that is well worth a read.


Bingham has created a fascinating character in Fiona Griffiths, the maverick, witty and intensely likable protagonist in his series of novels. The story is compelling, but it’s DC Griffiths, the youngest detective in the South Wales Major Crime Unit, who steals the show.


MacBride’s DS Logan McRae novels are another favourite of mine. In this book, the first in the series, Stuart MacBride’s trademark humour and strong characterisation are evident. He’s excellent at creating a sense of place, and though his books have moments of humour, they never detract from the horror of some of the cases Logan finds himself involved in. MacBride doesn’t shy away from violence, and this book is no exception, but he is also excellent at plotting and creating characters the reader cares about. A strong introduction to a fine series.


Set in Autumn 1541, this is the third book in the Matthew Shardlake series. Sansom conjures up the world of the Tudors with admirable skill, and Shardlake is an intriguing character. In this novel, he travels from London to York at the request of Archbishop Cranmer and soon finds himself caught up in a mystery involving a dangerous prisoner, some secret papers and a threat to the Tudor throne. Sansom expertly combines real people with fictional ones to create a fascinating story.


There we go, some of my top reads. I’m not going to go back and read what I’ve written, or I’ll change my mind! 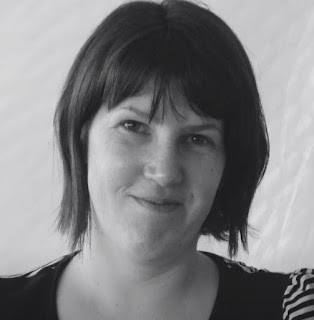 Lisa Hartley lives with her partner, son, two dogs and several cats. She graduated with a BA (Hons) in English Studies, then had a variety of jobs but kept writing in her spare time. In addition to this new series with Canelo she is also working on the next DS Catherine Bishop novel. 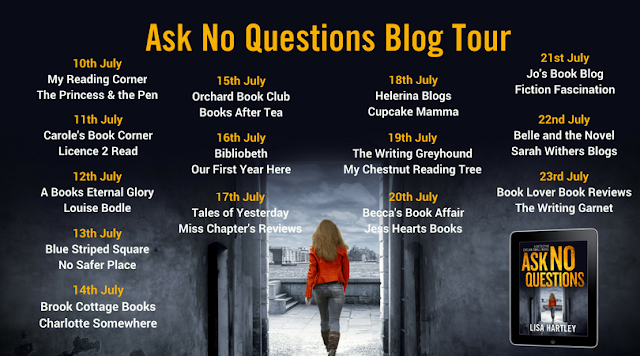