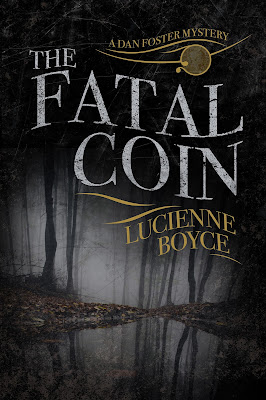 The Fatal Coin by Lucienne Boyce


In the winter of 1794 Bow Street Runner and amateur pugilist Dan Foster is assigned to guard a Royal Mail coach. The mission ends in tragedy when a young constable is shot dead by a highwayman calling himself Colonel Pepper. Dan is determined to bring Pepper to justice, but the trail runs cold.

Four months later Dan is sent to Staffordshire to recover a recently excavated hoard of Roman gold which has gone missing. Here he unexpectedly encounters Colonel Pepper again. The hunt is back on, and this time Dan will risk his life to bring down Pepper and his gang.

The Fatal Coin is a prequel to Bloodie Bones, the first Dan Foster Mystery, which was joint winner of the Historical Novel Society Indie Award 2016.

EXTRACT
“Dan dragged himself to the injured man, leaned over him, tried to see how much blood there was. A lot.
‘Wilkinson, stay awake. Stay with me.’
Dan struggled to loosen the rope at his wrists until the skin was raw and bleeding. He and the naval lieutenant shuffled back-to-back and tried to unpick each other’s knots. Then they tried sawing the ropes on the rim of one of the mail coach’s wheels. At the end of an hour they had made little progress.
Release came when a carrier wagon full of seamen on their way back to their ships plodded along the road. But by then, Wilkinson was dead.”

Having read Bloodie Bones by Lucienne Boyce and absolutely loving it, I couldn't wait to read The Fatal Coin which is the prequel to the book. The Fatal Coin is a short, standalone novella which can easily be read in one sitting and that's exactly what I did. A lovely day spent on the sofa curled up with a brilliant book. For those lovers of historical fiction, particularly crime fiction, this book is perfect! If like me, you are still dipping your toe into the waters of historical fiction then The Fatal Coin is perfect and a wonderful introduction into what is fast becoming a favourite genre of mine thanks to writers like Lucienne Boyce.

The book opens with Dan Foster crossing paths with highway man and murderer Colonel Pepper and his band of thugs. An elusive man, Dan has made it his mission to track down the Colonel and bring him to justice for his crimes. However, a few months later, and still no sign of the Colonel, Dan is given two new assignments - investigate the apparent suicide of a village Rector and try to find the whereabouts of some recently discovered Roman coins. And it seems, the Colonel is indeed involved once more and Dan must use his detective skills to plan the capture of his nemesis.

Lucienne Boyce has once again managed to bring to life a period in history that is opened up to the reader with rich language and beautiful descriptions. Her knowledge of this time period is evident but is interwoven so beautifully into the story that the book flows along, never once feeling boring or overloading the reader with historical facts.

Dan Foster is a cunning man and I loved his ability to adapt to any situation. However, despite being a law man of the highest order his own personal life is not without its difficulties and we get a little glimpse into what life is like for Dan. However, throughout it his integreity and professionalism are evident and despite not having the most brilliant starts to life, Dan is determined to shake the shackles of his past and be the best in his field. A fantastic read from Lucienne Boyce and up there with my recommended reads. 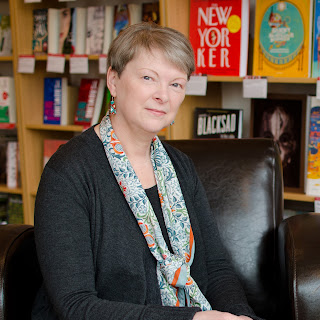 Lucienne Boyce is a historical novelist and women’s suffrage historian. Her first historical novel, To The Fair Land (SilverWood Books) an eighteenth-century thriller set in Bristol and the South Seas, was published in 2012. Her second novel, Bloodie Bones: A Dan Foster Mystery (SilverWood Books, 2015) is the first of the Dan Foster Mysteries and follows the fortunes of a Bow Street Runner who is also an amateur pugilist. Bloodie Bones was winner of the Historical Novel Society Indie Award 2016, and was also a semi-finalist for the M M Bennetts Award for Historical Fiction 2016.
In 2013, Lucienne published The Bristol Suffragettes (SilverWood Books), a history of the suffragette movement in Bristol and the west country. She regularly gives talks and leads walks about women’s suffrage.
Lucienne is on the steering committee of the West of England and South Wales Women’s History Network, and is also a member of the Society of Authors and the Alliance of Independent Authors. She is a regular presenter on the Silver Sound show for BCfm Radio, a Bristol community radio station.
Lucienne is working on the third Dan Foster Mystery, and a biography of a married couple who were involved in the suffragette, socialist and pacifist movements. She was born in Wolverhampton and now lives in Bristol.
Facebook: https://www.facebook.com/lucienne.boyce
Twitter: https://twitter.com/LucienneWrite
Goodreads Author Page: https://www.goodreads.com/author/show/6437832.Lucienne_Boyce
Blog: http://francesca-scriblerus.blogspot.co.uk
Website: http://www.lucienneboyce.com
Publisher: http://sbooks.co.uk