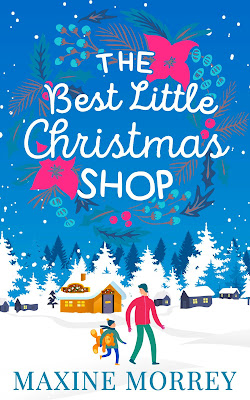 
Come home for Christmas to the Best Little Christmas Shop – the snowiest, cosiest place you can be!
​
Home for the holidays…
​
Icing gingerbread men, arranging handmade toys and making up countless Christmas wreaths in her family’s cosy little Christmas shop isn’t usually globe-trotter Lexi’s idea of fun. But it’s all that’s keeping her mind off romance. And, with a broken engagement under her belt, she’s planning to stay well clear of that for the foreseeable future…until gorgeous single dad Cal Martin walks through the door!
​
Christmas takes on a whole new meaning as Lexi begins to see it through Cal’s adorable five-year-old son’s eyes. But, finding herself getting dangerously close to the mistletoe with Cal, Lexi knows she needs to back off. She’s sworn off love, and little George needs a stability she can’t provide. One day she’ll decide whether to settle down again – just not yet.
​
But the best little Christmas shop in this sleepy, snow-covered village has another surprise in store…

The Wonder of The Windows – A Perfect Day Out

Standing on the pavement, face close to the glass, I take in the wonder of the display. In that moment it’s easy to be transported back to the those feelings of wonder Christmas would instil in us as children - feelings that we can easily lose as we grow into adults and become distracted by other, often far less wondrous aspects of the season.

One of my favourite things to do as the festive season descends is to take a trip up to London and do some window shopping – or more precisely, window viewing.
Each year the big department stores try to out do each other with incredible displays – the budget of which I think it would make my eyes water to know! But they are such a delight, so intricate, so clever and often absolutely mesmerising. Last year Liberty’s display partly featuring the National Ballet had to be my favourite as dancers twirled and real shoes, donated by the NB, were entwined within the display.

And of course, the displays no longer just stay behind the glass. As competition has become stronger, some stores now use the front of their buildings as part of the canvas, drawing visitors from further away as they catch a glimpse of something, and go closer to investigate it.
Christmas can be an expensive time but if you’re looking for a cheaper alternative for a day out and have access to a major city, taking the time to wander around and enjoy these artful, and inspirational, creations is a fabulous way to pass the time. 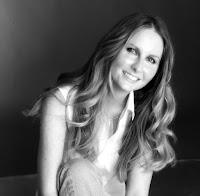 Maxine has wanted to be a writer for as long as she can remember and wrote her first (very short) book for school when she was ten. Coming in first, she won a handful of book tokens - perfect for a bookworm!

As years went by, she continued to write, but 'normal' work often got in the way. She has written articles on a variety of subjects, aswell as a book on Brighton for a Local History publisher. However, novels are what she loves writing the most. After self publishing her first novel when a contract fell through, thanks to the recession, she continued to look for opportunities.

Maxine lives on the south coast of England, and when not wrangling with words loves to read sew and listen to podcasts. As she also likes cake she can also be found either walking or doing something vaguely physical at the gym.
​
Follow Maxine Morrey
Website   www.scribblermaxi.co.uk 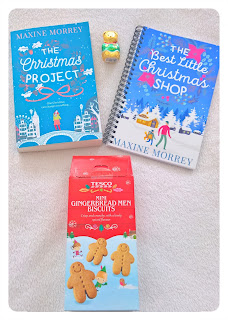