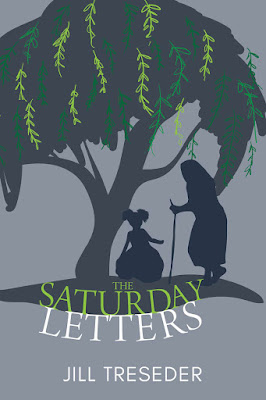 The Saturday Letters by Jill Treseder


When Henrietta finds herself excluded from seeing her grandchildren, she decides to write to them to explain their Afro-Caribbean origins in slavery.
She tells the story of her childhood in Bermuda, of marrying a British soldier, bringing up six children in Gibraltar and moving to England on her husband’s retirement from the army. Writing the letters reveals unexpected and challenging truths about herself and her family, which give her food for reflection.
Do her grandchildren ever receive the letters? And if so, how true a picture of their grandmother and family do they paint?

EXTRACT
First things first. I introduce myself. I am your great-grandmother. Your grandmother, Ada, is my daughter. As you know, of course, you visit her every Saturday afternoon with your parents. I live in the house just up the hill from hers. Not the one joined on to your grandmother’s house, but the next one.
I should say, I did live there. Because, if my plan works out, you will be opening these letters as a young man, aged twenty-one years, and I will no longer be on this earth.

Family is everything to Henrietta. In her twilight years she finds herself isolated from spending time with her great grandchildren for a variety of reasons, she begins to pen letters to them explaining her history and telling her own unique story of growing up in a world where her experiences of moving away from her beloved Bermuda when she marries an English soldier, to her experiences of  racism, becoming a wife and raising her family. All things that shape her into the woman she becomes. Through her telling of her rich and varied life and giving background into her own family we get a real sense of who Henrietta is.

This is a deep and powerful story which has its origins during the time of slavery and finishes with Henrietta living in England when her husband retires. Life didn't always work out the way Henrietta and hoped and wished for but she is such a strong character that whatever life threw at her she simply batted back again despite her heart hurting. Being from a mixed race background often meant that she wasn't accepted anywhere within both the black and white cultures. She seemed to always be on the outside looking in, much the same way she appears to be with her family.

Jill Treseder has created a wonderful character full of depth and also sadness. She is rich and engaging and her language is simply wonderful, really adding authenticity to her story. Through each revelation disclosed in the letters we gain a real sense of time and place. A sense of Henrietta. The letters not only chronicle her life but their content makes her reflect on her mistakes as well as her achievements. Secondary characters throughout give further substance to a wonderful read.

A fabulous novella that I really really enjoyed. Full of substance, feeling and an engaging and enjoyable story told from the perspective of a wonderfully crafted character. 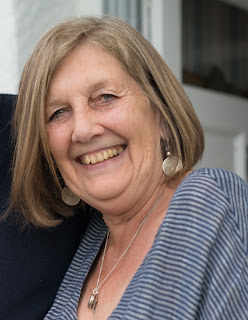 Jill Treseder was born in Hampshire and lived all her childhood in sight of the sea on the Solent and in Devon, Cornwall and West Wales. She now lives with her husband in Devon overlooking the River Dart.
After graduating from Bristol with a degree in German, Jill followed careers in social work, management development and social research, obtaining a PhD from the School of Management at the University of Bath along the way.
Since 2006 she has focused on writing fiction.
Facebook: https://www.facebook.com/jill.treseder
Twitter: https://twitter.com/Jill_Treseder
Goodreads Author Page: https://www.goodreads.com/author/show/7919007.Jill_Treseder
Blog: http://www.jilltresederwriter.com
Author: http://www.jilltresederwriter.com
Publisher: http://sbooks.co.uk