Review: Dead Inside by Noelle Holten 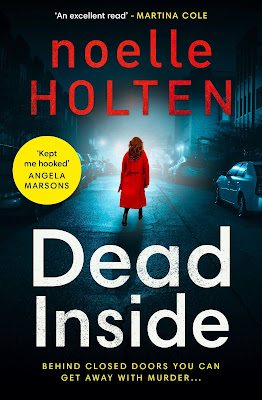 Dead Inside by Noelle Holten

A dark and gripping debut crime novel – the first in a stunning series – from a huge new talent.

The killer is just getting started…

When three wife beaters are themselves found beaten to death, DC Maggie Jamieson knows she is facing her toughest case yet.

The police suspect that Probation Officer Lucy Sherwood – who is connected to all three victims – is hiding a dark secret. Then a fourth domestic abuser is brutally murdered.

And he is Lucy’s husband.
Now the police are running out of time, but can Maggie really believe her friend Lucy is a cold-blooded killer?

Dead Inside is one of those novels that kind of creeps over you, making the hairs on the back of your neck bristle. Lucy Sherwood is a probation officer dealing with some of the nastiest members of society -  domestic abusers. Men who have no respect for women at all. Men who need total control. Men like Patrick. Lucy is good at her job, standing tough and taking no nonsense from them. However, her home life is very different and Lucy has more insight than most about domestic violence. She's constantly living her life on the edge, walking on egg shells to protect those she loves from her husband Patrick.

When abusers start being murdered, DC Maggie Jamieson is on the case trying to figure out where Lucy Sherwood fits into her list of suspects. Lucy is connected to each of the victims. Maggie really isn't sure of her place on the newly formed domestic violence unit and this, her first case is more difficult than she could ever have imagined.

Well my goodness me! Noelle Holten can write! I've known Noelle through the book blogging world for a while now and I'm blown away by her writing talent. The girl done good! Plus, I loved the nice touch of some familiar names throughout the book! This was a gripping story and Noelle has brought such a wealth of knowledge into the sensitive subject of domestic abuse. Having worked directly with victims of domestic abuse myself I know the horrors that they face and the type of men abusers are. Noelle has handled the subject sensitively, yet has managed to create characters that are worthy of our attention and our fascination.

Dead Inside is a real page turner. Highly entertaining to the point that I couldn't put it down. This was another one of those books that drew me in so much that I ended up buying the audio version too (which I highly recommend too) so that I could listen while doing the housework or out in the car. I just needed to know what was happening. The characters are credible, yet not always likeable. At times I found Lucy frustrating but I think that was the point. She was a woman in an impossible situation, dictated by fear and by the fact that its difficult to just fall out of love with someone, despite their despicable behaviour. I really loved Maggie Jamieson and I think this is going to be a series that I'm going to be hooked on. A highly recommended read from me! 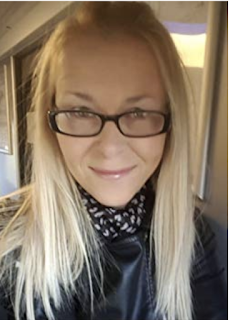 Noelle Holten is an award-winning blogger at www.crimebookjunkie.co.uk. She is the PR & Social Media Manager for Bookouture, a leading digital publisher in the UK, and a regular reviewer on the Two Crime Writers and a Microphone podcast. Noelle worked as a Senior Probation Officer for eighteen years, covering a variety of cases including those involving serious domestic abuse. She has three Hons BA’s – Philosophy, Sociology (Crime & Deviance) and Community Justice – and a Masters in Criminology. Noelle's hobbies include reading, author-stalking and sharing the book love via her blog.

Dead Inside is her debut novel with Killer Reads/Harper Collins UK and the start of a new series featuring DC Maggie Jamieson. 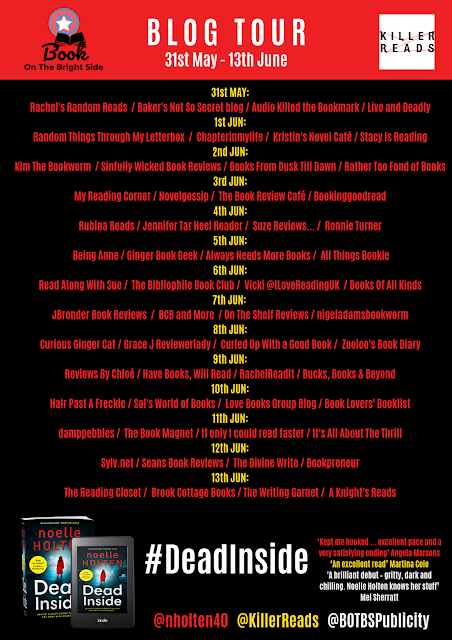