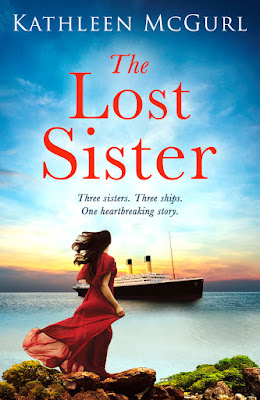 Three sisters. Three ships. One heartbreaking story.1911. As Emma packs her trunk to join the ocean liner Olympic as a stewardess, she dreams of earning enough to provide a better life for both her sisters. With their photograph tucked away in her luggage, she promises to be back soon – hoping that sickly Lily will keep healthy, and wild Ruby will behave. But neither life at sea nor on land is predictable, and soon the three sisters’ lives are all changed irrevocably…Now. When Harriet finds her late grandmother’s travelling trunk in the attic, she’s shocked to discover a photo of three sisters inside – her grandmother only ever mentioned one sister, who died tragically young. Who is the other sister, and what happened to her? Harriet’s questions lead her to the story of three sister ships, Olympic, Titanic and Britannic, and a shattering revelation about three sisters torn apart…

This book has a dual timeline plot. Emma lives with her mother and 2 sisters in Southampton. It's 1911 and times are tough for the family. Her little sister Lily is quite poorly all the time and Emma feels a huge responsibility to look after her family. Her other sister Ruby is little or no help and Emma longs to be able to provide for her family and find a little bit of adventure in doing so. So, she signs up as a stewardess on the opulent ocean liner Olympic, sister ship of the doomed Titanic, her dreams of a better life and getting to see the world are finally coming true. She's made new friends, one of them very special indeed. She can hopefully take some of the pressure of her mother while finding her own way in the world too.  However, a lot can change after a few weeks away at sea and when Emma returns all is not good in the household with the wayward Ruby causing difficulties and creating gossip. If only Emma was able to enjoy her new life without the crushing responsibility of home.
In the present day, Harriet is coming to terms with so much tragedy in her life - death, illness and family estrangements. While clearing out her attic in preparation for a house move, she comes across the sea trunk of her grandmother Emma and is swept up in her family's history which mirrors her own life so much. A life which she feels is almost out of her control and is full of so much sadness and loss.
Let me just start by saying that I absolutely loved this book I adore a dual time line story and I am always fascinated by how the past impacts on the future or indeed how both our past and present can collide. For me, the intricacies of family relationships are also equally as fascinating. Kathleen McGurl has written about many sensitive issues within the plot of the book and has done so in an interesting and empathetic way. I really enjoyed her writing style. This book resonated with me on so many levels as I am no stranger to complex family relationships. The breakdown of both sibling & parental relationships is so difficult to repair and the frustration felt by all the protagonists in the book, past and present is palpable. Finding clues to one's past has always been something to totally reel me into a story and this was no exception. I found it fascinating and Kathleen McGurl has clearly done her research around the Titanic era. This is a beautifully written, well thought out book that totally captured my imagination and made me want to go to sea. (I almost joined the Navy when I was 18!)  This is definitely a highly recommended read for me. It's got everything one could ask for in a novel - love, family complexities, sibling rivalry, history and hope.
The book also resonated with me for a couple of other reasons which you may find interesting (or not!)
1. I live a few miles from Belfast where the Olympic, Britannic and Titanic were built and I have visited the Titanic museum. The Harland & Wolff shipyard is still there and where the Titanic sailed from.
2. A relative of my husband's started work in the shipyard when Titanic was being built and apparently he made a draught board from the metal that the rivets were punched from. He was a very young boy at the time.
3. My husband's uncle worked in the shipyard drawing rooms in more modern times and we have a framed plan of the Titanic layout in our bathroom! Probably a mass produced item but still looks nice! There is a beautiful hotel built now where the drawing rooms once were.
4. My own grandfather was first in the navy and then in the merchant navy, eventually sailing about cruise ships after the war as first mate. My 2 uncles later went to sea also, one of them running away from home aged 14 to join a ship. He lied about his age.
5. Thomas Andrews was born about 10 miles from where I live and he has a local school & memorial hall named after him. I visit it regularly.
So, you can see why I was so drawn to this story on so many levels. 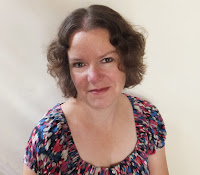 Kathleen McGurl lives in Christchurch, UK, with her husband. She has two sons who have both now left home. She always wanted to write, and for many years was waiting until she had the time. Eventually she came to the bitter realisation that no one would pay her for a year off work to write a book, so she sat down and started to write one anyway. Since then she has published several novels with HQ and self-published another. She has also sold dozens of short stories to women’s magazines, and written three How To books for writers. After a long career in the IT industry she became a full time writer in 2019. When she’s not writing, she’s often out running, slowly.