Brook Cottage Books is absolutely thrilled to be able to reveal the cover for FALLEN FOR ROCK, the latest book by the rock-il-icious Nicky Wells. I think you will agree that the cover looks amazing! I've also been privileged enough to read an ARC of FALLEN FOR ROCK and let me tell you it rocks!!! Review coming soon! 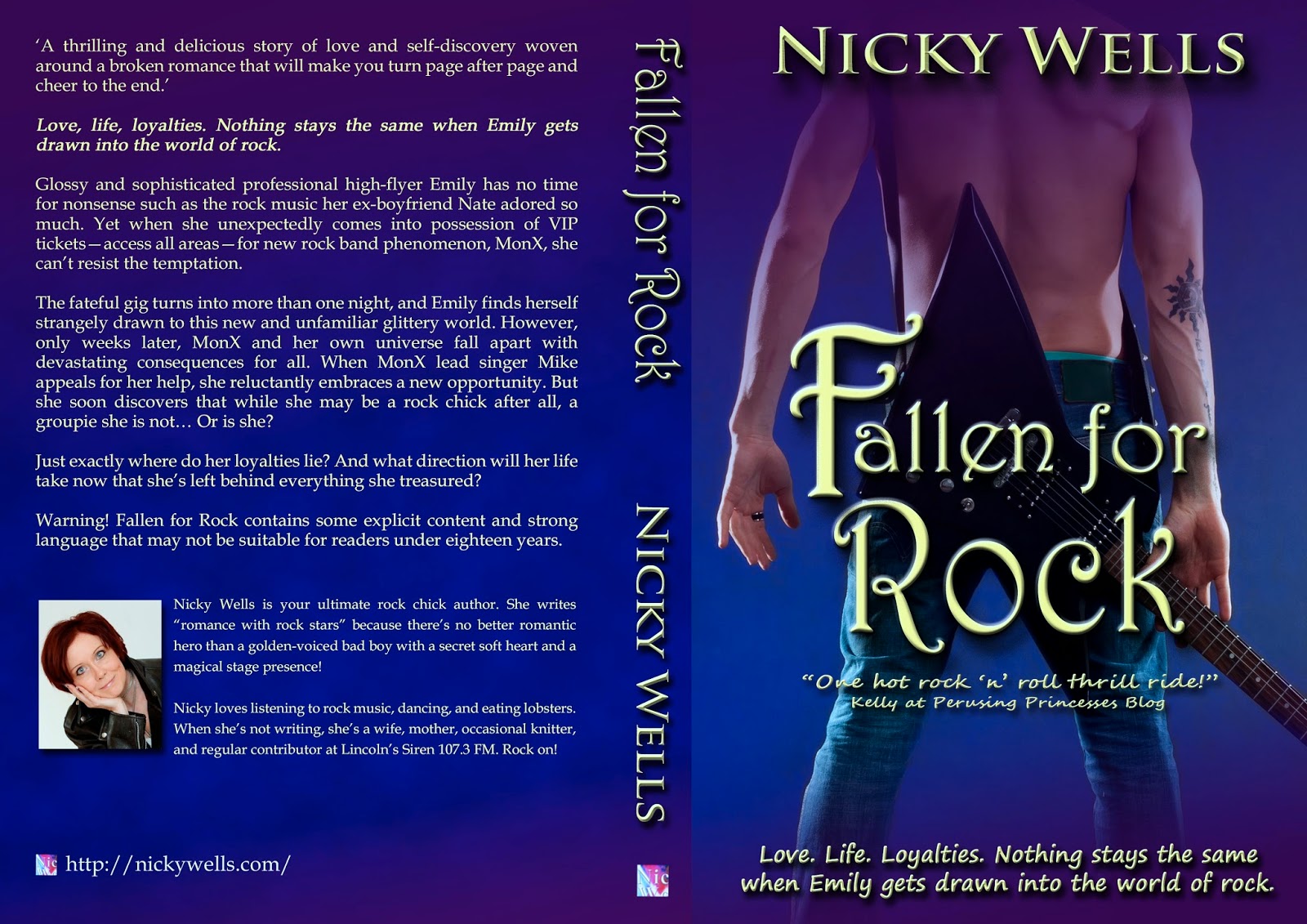 Fallen For Rock
‘A thrilling and delicious story of love and self-discovery woven around a broken romance that will make you turn page after page and cheer to the end.’

Love, life, loyalties. Nothing stays the same when Emily gets drawn into the world of rock.

Glossy and sophisticated professional high-flyer Emily has no time for nonsense such as the rock music her ex-boyfriend Nate adored so much. Yet when she unexpectedly comes into possession of VIP tickets—access all areas—for new rock band phenomenon, MonX, she can’t resist the temptation. 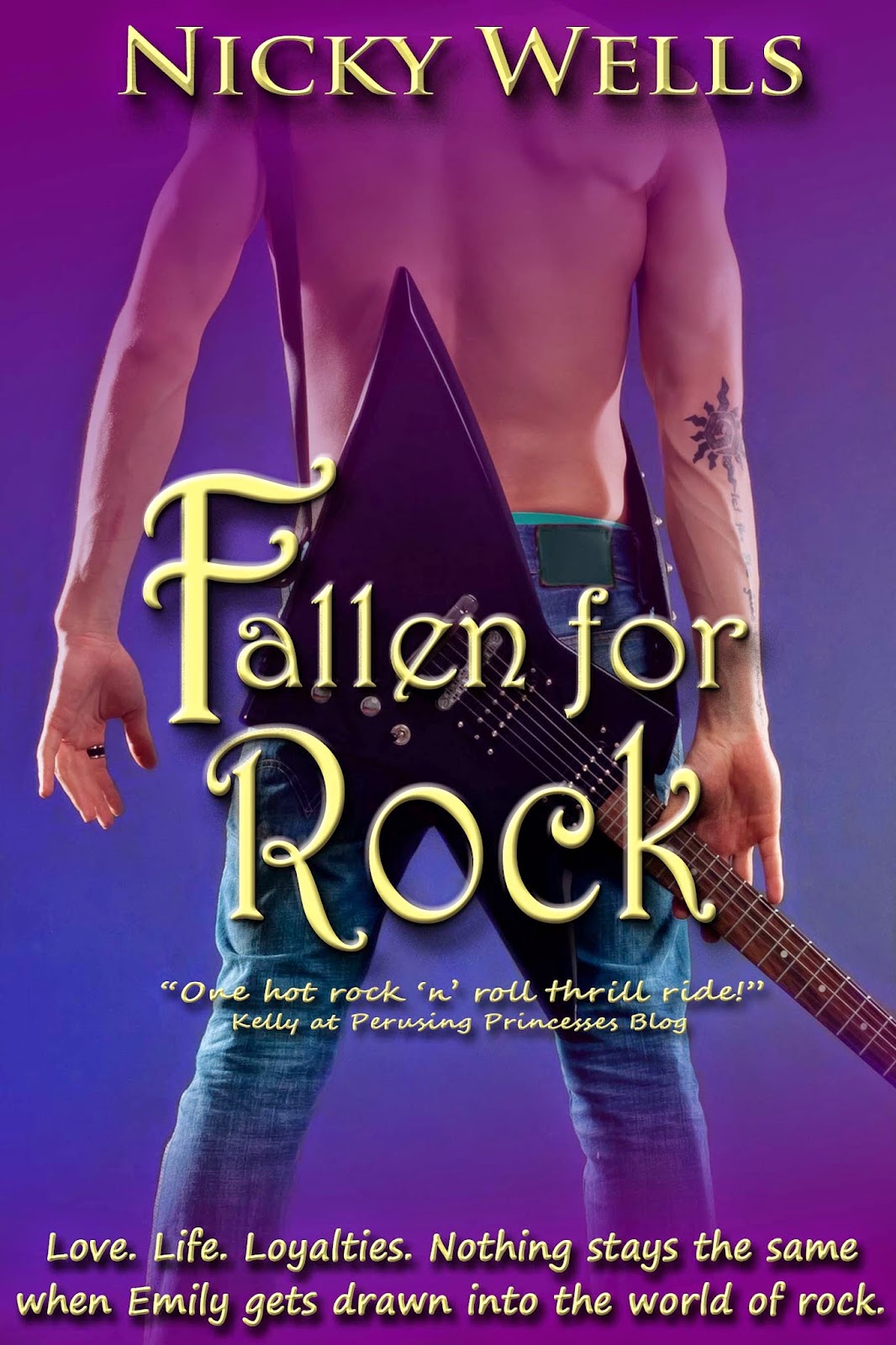 The fateful gig turns into more than one night, and Emily finds herself strangely drawn to this new and unfamiliar glittery world. However, only weeks later, MonX and her own universe fall apart with devastating consequences for all. When MonX lead singer Mike appeals for her help, she reluctantly embraces a new opportunity. But she soon discovers that while she may be a rock chick after all, a groupie she is not… Or is she?

Just exactly where do her loyalties lie? And what direction will her life take now that she’s left behind everything she treasured?

Warning! Fallen For Rock contains some explicit content and strong language that may not be suitable for readers under eighteen years of age. 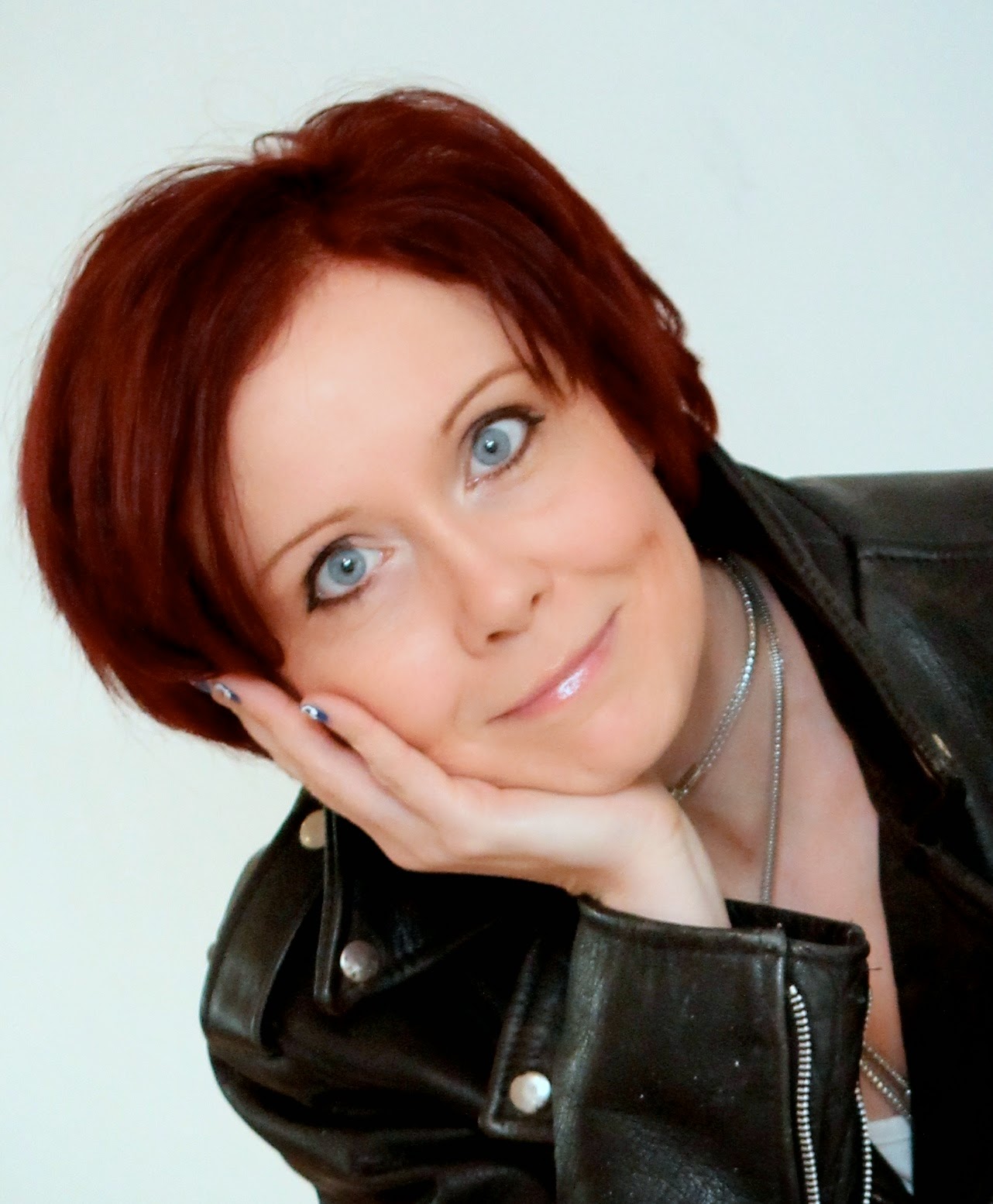 Nicky Wells is your ultimate rock chick author. Signed to US Publisher, Sapphire Star Publishing, she writes Romance That Rocks Your World, featuring the rock star and the girl next door… because there's no better romantic hero than a golden-voiced bad boy with a secret soft heart and a magical stage presence!

Nicky’s books offer glitzy, glamorous romance with rock stars—imagine Bridget Jones ROCKS Notting Hill! If you’ve ever had a crush on any kind of celebrity, you’ll connect with Nicky’s heroes and their leading ladies.

Did you know? There’s a single out now by Nicky’s fictional rock band Tuscq come to life! “Love Me Better” is available for download from Amazon, iTunes and many other places.
Share This