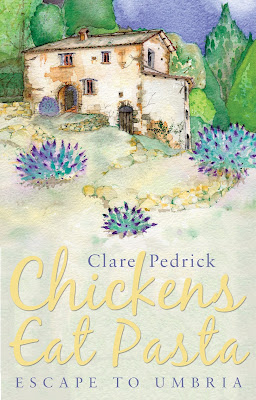 Brook Cottage Books is thrilled to welcome Clare Pedrick to the blog with a super author interview. But, before the interview, lets find out a little about Clare's book Chickens Eat Pasta. I love that title!


This is the tale of how a young Englishwoman starts a new life after watching a video showing a chicken eating spaghetti in a mediaeval hill village in central Italy. It is a story of escapism, coincidences, friendship and luck. But most of all it is a story about love – for the man she meets and marries, the family they have and the old house on the hill where it all begins. Almost all the events related are based on the truth.

Unlike some recent bestsellers, this is not simply an account of a foreigner’s move to Italy. It is a book that is written from the unusual perspective of both within and without. As events unfold, the strong story line carries with it a rich portrayal of Italian life from the inside, with a supporting cast of memorable characters. Along the way, the book explores and captures the warmth and colour of Italy, as well as some of the cultural differences --   between English and Italian, but also between regional Italian lifestyles and behaviour. It is a story with a happy ending. The author and her husband are still married, with three children, who love the old house on the hill (now much restored) almost as much as she does. 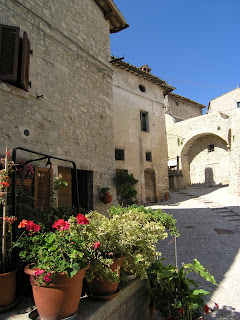 Clare Pedrick is my real name, and in many respects it couldn’t have been otherwise since this is my story – of how I bought an old ruin in the Umbrian hills as a young woman, and how this changed my life (no spoilers!).Having said this, the book is actually written more as a novel than as a memoir, and I think it’s a better read as a result. I changed the names of the many supporting characters in the book, really as a courtesy, since they had no say in my decision to write about them.

I am English, born in London but spent most of my life in Bath, before going to university in Cambridge. The last place I lived in before moving to Italy was in Brighton, where I was a reporter on the local evening paper. I still love England, and come back to visit as often as I can.

Did you write as a child?

Well not in the sense of sitting down to write a book, though I did play around with poems. I can well remember sitting next to my great friend Colleen Harbottle (now MacMahon) at school when we were about 12-years-old, and writing epic poems in our jotters during maths lessons. These were usually quite light-hearted and each of us would write a stanza and then pass it back to the other one. Colleen and I lost touch for many years, but we recently reconnected, which has been a wonderful experience. She has since become an accomplished watercolour artist and painted the cover for my book, which has attracted a great many compliments, quite rightly in my opinion.

Actually, it wasn’t fiction at all, but an opinion piece that I submitted to the Cambridge Evening News when I was at university. I think that’s largely what set me on the path to becoming a journalist.

Like many authors, I have a busy life, with three children and a living to earn as a freelance journalist. So I can’t afford to be too precious about my writing routine.  I actually started writing this book many years ago and would get it out occasionally and write another chapter or make changes. But it was always a struggle finding the time, and it wasn’t until I met a London agent, Heather Holden-Brown, a few years ago, that I really got down to writing it as a book. She told me that I absolutely had to get the story out. But even then, it was a long adventure.
Do you have any writing rituals? 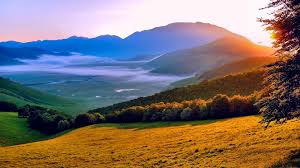 One good thing about being a journalist is that it teaches you not to be scared of the blank page. If you have a deadline to meet, there is no room for writer’s block! So I tend to write when and where I can. I might jot ideas, or scraps of conversation down in a notebook when I’m out and about. And increasingly, I use my phone for the same purpose, either writing notes or using the recording function to store ideas. Then, as soon as I have a bit of time to myself, I sit down at my computer and put it all together.

Not at the moment. That’s partly because, naively, I thought that writing the book itself would be the hard part. And of course in a sense it was. I rewrote Chickens Eat Pasta five times before it was published, and that took absolutely ages. But what I hadn’t bargained on was having to do a lot of the marketing myself. Like many creative people, selling myself doesn’t come very easy to me. Running social media campaigns is an unbelievably time-consuming business. But on the plus side, it does mean that you get the chance to connect with some really terrific people, including fellow authors, many of whom are extremely supportive. 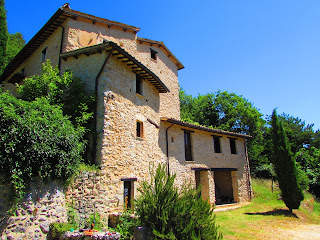 Where did the idea for your book come from?

That was the easy bit, as it really is quite an unusual, and I hope, compelling story. And people have always told me that I should make it known to a wider audience. At first sight it may seem just another take on the foreigner-buys-house-and-moves-to-different-country formula, and of course that has been done before (though I should say that I bought this ruin and started writing the book years before any of those bestsellers were published – more fool me!). This story is much more than a sugary account of becoming part of a community in a warm country. It’s about the many trials and culture clashes I encountered, especially given my very young age – I was just 26 – and the really extraordinary friendships I made along the way. And it’s also a love story, with all the heartache and challenges that any love story generates, especially when it involves two people from entirely different backgrounds and nationalities. So finding the idea was never a problem.  It was finding the time, and the best way of presenting it to the reader. I never wanted it to be an ‘I did this’ and then ‘I did that’ kind of book, and people tell me it’s a pretty good read, so I hope I’ve got it right.

Who was the first person you gave the book to read?

I had the book professionally critiqued, by the Literacy Consultancy, and I think that was well worth the investment as it gave me an outsider’s view and some very practical suggestions. Once I’d taken those on board, the first person who read the book from start to finish was my friend and cover artist Colleen MacMahon. She was incredibly supportive and suggested a few points where things needed tweaking. She also gave me the confidence to believe that other people would enjoy reading it, and I’m glad to say that plenty of other people have since confirmed that. 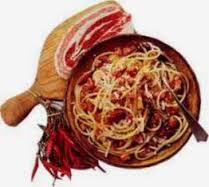 I would say don’t wait too long, and don’t be put off by all the horror stories of how hard and demoralising it is looking for a publisher (many of which are true). At the end of the day, if you have a story to tell, or a book that you want to write, you should really get on and do it. Self-publishing has opened up so many exciting new horizons that no one needs to be discouraged any more. Publishing a book is an incredibly satisfying experience, though you have to have the commitment to see it through, and be aware of how much hard work is involved. But it’s definitely worth it in the end.
Author links – http://www.troubador.co.uk/book_info.asp?bookid=3313 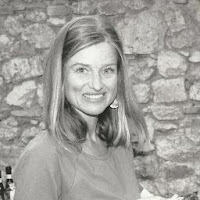 Clare Pedrick is a British journalist. She studied Italian at Cambridge University before becoming a reporter. This book describes how, as a young woman, she bought an old ruin in Umbria. She went on to work as Rome correspondent for the Washington Post and as European Editor of an international features agency. She still lives in Italy with her husband, whom she met in the village where she bought her house. The couple have three children.