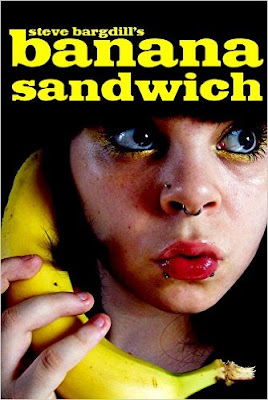 Brook Cottage Books are thrilled to welcome Steve Bargdill to the blog for the first time with a great author interview!
INTERVIEW

I use my real name.  I have thought about pen names; I think every author does at one point or another. I was afraid a long time ago that my name was maybe too similar to Stephen King's, but I could never come up with anything cool like Mark Twain, Silence Dogood, or Boz.

Originally New Knoxville, Ohio. This is a tiny village that gets super excited about their high school basketball team.  We had a graduating high school class of eighteen students.
But, since New Knoxville, I have lived in Columbus, Ohio, Nebraska, Iowa, Indiana, Wyoming, New Hampshire. I have visited every state except Florida, Alaska, and Hawaii. I consider myself an Americanist more than anything.

Um, I've never hiked the Appalachian Trail but have always wanted to.
When I was thirteen, I was really upset that Santa Claus wasn't real. I mean, I had known for a long time Santa Claus wasn't real, but at thirteen I thought the world would have been a better place with a Santa Claus in it. So, on Christmas Eve I dressed in red, snuck out of the house, and put candy canes and Christmas ornaments on people's door steps.
I broke my left leg in seven places when I was twenty-two. I was pushed from a bridge by my brother's fiancé, who he since broke up with. We were at a Renaissance Faire, and there was this guy who dubbed himself the Professional Insulter. You paid him money, and he'd insult the person of your choice. I think between myself and the rest of the crowd I was with, we paid him like twenty bucks to insult my brother's fiancé. The insulter was really good at his job, and you can see where the rest of this story is going….

The first thing I ever published was a newspaper column in 1991 for the BG News, the Bowling Green State University student run newspaper. I think, and I don't know if I remember correctly, but I think the column was on how to be happy.

Like most writers, I have a job to support my writing addiction. I also have kids. My writing routine is when I get around to it. Fortunately, my wife is supportive and on Saturdays will watch the kids for hours on end.

Do you have any writing rituals?
Yep. I write every day. Even if I don't have a project I'm working on. During a project, I drink lots of coffee and smoke cigarettes which I've been trying to quit for years. But that's my ritual—every day, coffee, smoke, write.

Banana Sandwich….I had delivered pizzas for close to fifteen years. Before September 11, 2001, the job was dang lucrative. I'd work three, four days a week, pay all my bills and still have cash to take my wife out on dates. The job was low, low stress. You'd drive around town listening to music and make people happy by bringing them hot food.
A lot of weird stuff happened at that job though—delivering pizzas to other pizza delivery places, people getting upset when you didn't want to see them naked, other drivers working high, was shot at once, asked if they could pay for their pizza with sex. After 9-11 it got weirder, and more dangerous.
One day before my second year in grad school, I woke up with the voice of Carol in my head—she's the main character in Banana Sandwich, a pizza delivery driver who lives in her van, has some problems, to put it mildly. She wouldn't shut up, and I had to write the story.

My wife. She read the opening lines and thought it was stupid: "You can't order a pizza by banana phone. It can't be done. Pick up any banana and put it to your ear and you get dial tone. Simple as that. Just doesn't work. Now if you want to call Jupiter, a banana phone is your ticket."
Since then, she has changed her opinion of the novella. I don't know though, she could be lying.
My daughter downloaded the book on Amazon and read it. I still don't know how I feel about that. There's sex and drugs and eating disorders and violence and death in the book, lots of foul language. But her perception of me hasn't changed any: she still thinks I'm goofy.

Yes! Breath: An American Story. This is a family saga that stretches from the late 1800s to present day. Mainly, it is about the relationship between a dying father and his son. Death, American economics, racial anxieties.

I'm still a "budding" author myself. I'm always learning. You know, my day job is teaching writing at a community college, and I tell my students all the time the same thing over and over: writing never gets easier, but the only way to become a better writer is to write, and the more you write, the harder it gets, the process never changes, is always the same, and writing is always the hardest thing you will ever do.
They have told me I need to be more inspirational and less of a Debbie Downer.

Thank you Steve for taking the time to answer my questions.
About the Author 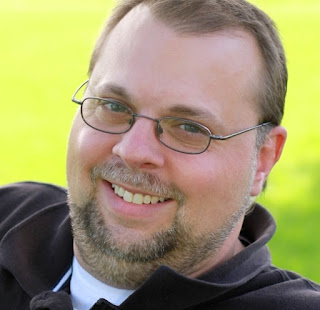 Steve Bargdill received his bachelor's in English with an emphasis in creative writing from the University of Iowa December 2012. Originally from Ohio, he has lived in Dayton, Columbus, Troy, St. Marys, and New Knoxville as well as West Branch Iowa, Lincoln Nebraska, Muncie Indiana, Laramie Wyoming (Go Pokes!), and currently lives in New Hampshire with his wife, two children and cat.

Since 1998, Steve has mainly worked in the pizza industry. However, he has also worked as a day laborer, a truck driver, and a beat reporter for a couple of newspapers. He has worked at grocery stores, gas stations, and convenient stores. As a teenager, his dad forced him to stack lumber, which built character. In January of 2015, he earned his Master of Arts in English from the University of Wyoming. Currently he composition at Great Bay Community College.
He believes literature weaves through our everyday lives and that stories explain who we are as a society. 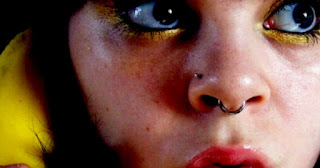 "These nights are very dark. I hear all the sounds. My heart beat, the blood pulsing through my wrists, it is like the hollow echo broadcast from the rings of Saturn, empty and surging and crying out for someone to listen."
Buy Links –
http://www.amazon.com/Banana-Sandwich-Steve-Bargdill-ebook/dp/B00ZCBVBO6