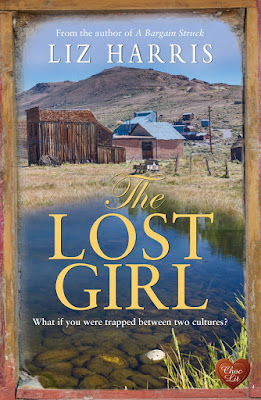 The Lost Girl by Liz Harris

Last year I featured The Lost Girl by Liz Harris on the blog. I was honoured that Liz had asked me to organise a blog tour for the book at that time. Well, The Lost Girl is now out in paperback and with a stunning new cover and touring once more with Brook Cottage Books! So, before I share my review, read the blurb for this amazing book. After reading that, and my review you will definitely want to be adding The Lost Girl to your TBR pile!


What if you were trapped between two cultures?

Life is tough in 1870s Wyoming. But it’s tougher still when you’re a girl who looks Chinese but speaks like an American.

Orphaned as a baby and taken in by an American family, Charity Walker knows this only too well.  The mounting tensions between the new Chinese immigrants and the locals in the mining town of Carter see her shunned by both communities.

When Charity’s one friend, Joe, leaves town, she finds herself isolated. However, in his absence, a new friendship with the only other Chinese girl in Carter makes her feel like she finally belongs somewhere.

But, for a lost girl like Charity, finding a place to call home was never going to be that easy …

The Lost Girl is my first Liz Harris book and I have to say it won't be my last. Written in a style that sweeps the reader along this wonderful book was one that I could not put down. The two main characters, Joe and Charity are wonderful portrayals of two people who are caught in the crossfire of racism and prejudice. Told during different periods of their lives, Joe and Charity have a lot of obstacles to overcome to maintain their friendship and love.

After rescuing Charity as a baby, she and Joe become firm friends whilst growing up together. But despite Charity growing up in Joe's family she is never seen nor is she treated as a family member despite living with them from a few days old. Even Joe's parents who are good and kind people let their prejudices and fear stop them fully loving Charity and treating her like a daughter and I found this element of the story the most upsetting. She is Chinese and therefore her worth is less than anyone else. Treated more like a commodity than a family member, she is measured in how useful she can be around the house although often their mask slipped and we got some glimpses of love from them. However, I felt that their behaviour towards Charity was based more on how they felt about Joe and what his wishes were. Charity faces prejudices on many fronts - The white people hate her because she is Chinese. The Chinese people hate her because of her American ways and is if that isn't enough she is also treated poorly because she is a girl. Sam, Joe's brother resents Charity for living in their home. Chinese workers are taking the White man's job in the mines and Sam hates them for it, with Charity bearing the brunt of his bitterness and poison.

Charity's loneliness throughout the book is heartbreaking. All she has is Joe so she is devastated when Joe eventually reaches an age when he can leave town. Making a friend with the only other Chinese girl in town, Charity's determination to be seen as an American soon undergoes a change and during the long years that Joe is away, Charity becomes a different person, and accepting of her other culture. However, Joe's return to the town of Carter soon upsets the apple cart and the pair must face the truth about their true feelings for one another. But, in a world where hatred and intolerance is prevalent, this is not going to be easy.

In The Lost Girl, Liz Harris has created a book with such powerful imagery that it blows the reader away. Tackling a difficult subject and highlighting what is perhaps a little known subject - the treatment of the Chinese people during this particular era. I have to say this is not something I had even considered and Liz Harris handles the topic well, and in a way that highlights the difficulties faced by the Chinese people living in America. This is a beautifully told story and highly recommended and I want to read more about Joe and Charity and how their story further unfolds. 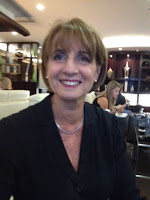 Liz Harris lives south of Oxford. Her debut novel was THE ROAD BACK (US Coffee Time & Romance Book of 2012), followed by A BARGAIN STRUCK (shortlisted for the RoNA Historical 2013), EVIE UNDERCOVER, THE ART OF DECEPTION and A WESTERN HEART. All of her novels, which are published by Choc Lit, have been shortlisted in their categories in the Festival of Romantic Fiction. In addition, Liz has had several short stories published in anthologies. Her interests are theatre, travelling, reading, cinema and cryptic crosswords.