Guest Post: The Bitches of Suburbia by Jane Owen 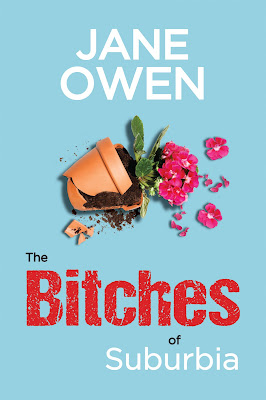 The Bitches of Suburbia by Jane Owen

I'm absolutely thrilled to have Jane Owen on the blog today with a great guest post about book covers. Let's find out a little bit more about her book first.


Nothing much ever happened on Horseshoe Lane - why should it? It was, after all, just a normal suburban backwater with the usual cross section of growing families, ageing pensioners, the occasional singleton and a brace of curtain twitchers. The arrival of celebrity couple, Heavenly and Travis, however, changes all that. This glamorous pair bring about a summer of competitive party throwing and ambitious home improvement projects that will have disastrous and completely unforeseen consequences.

Neighbours who’ve got by for years with just the occasional chat over a garden fence about the unseasonable amount of rain or the state of next door’s garden are slowly united by suspicion as a husband goes missing, a much loved cat turns up dead on a doorstep and Enid from Number Seven is found badly injured at the foot of the cliff.

Could one person be responsible for all of this? Could that person be the strange and unlikeable Hilary Jones from Number Nine? There was only going to be one way to find out and it was going to involve a lot of whiskey….

In this her wonderful follow up to ‘The Rock Star Known as Horse’, Owen’s riveting new story finds a murky side to the suburbs, a side where petty jealousies and neighbourly rivalries can escalate out of all control with calamitous results, all intricately observed with her usual dark humour firmly to the fore.

I think it’s probably fair to say that after the novel itself, the next most important thing is the cover.  I found my cover designer on LinkedIn and it was the best thing I’ve ever done.  I tried that Fiverr website, you know the one where people do that kind of thing for five dollars or thereabouts and it indisputably confirmed the theory that if you pay peanuts, you get monkeys.  One attempt resulting in a photoshopped picture of a very pneumatic young lady in a bright yellow bikini and I realised that this was not the place to be penny pinching.

As a self-published author, I cannot begin to tell you what a huge difference my cover designer, Vyki Hendy, made.  Firstly, she’s an excellent designer but she’s also a very nice person.  Although we’ve never actually met and all communication has been via email, it was just so wonderful to have someone on my team, someone backing me up.  Not only that, she actually read the books, both of them, without being asked.  I cannot begin to fathom how a cover designer can come up with a cover without reading the book but it happens, believe me.

I like continuity in book covers, the type where you can see a book from across the bookstore and know it’s by one of your favourite authors, sending you scurrying across the shop floor to investigate.  I like the way a collection of books by one author looks on my bookshelf, all the covers the same but different, the spines all matching neatly.

They say you can’t judge a book by its cover but I think a good, well designed cover should give you a fair idea of what to expect.  If it’s an overblown drawing of a well-muscled young man with his shirt half open and a buxom wench in his arms, I feel you can be fairly sure that this is not one of the Russian classics.   If the cover features cupcakes or winsome young women in hunter wellies, it’s probably not set in some dystopian future.  One of the things I like best about going on holiday is the obligatory trip to the bookshop to buy half a dozen books and the ones I pick up first will be the ones whose covers I am drawn to.  I will, for example, pick up anything that’s got a horse on the cover which has led me to read things I might not have chosen.

After the cover and title, the back of the book is important too.  A few more visual hints from the designer and the blurb will dictate whether I put the book back on the shelf or tuck it under my arm prior to purchase.

On a lighter note, the only 3* Amazon review for The Bitches of Suburbia was from a person who said, and I quote, “3 stars.  The book was brilliant but the cover was entirely uninspiring.”  Oh well, you can’t please all of the people all of the time. 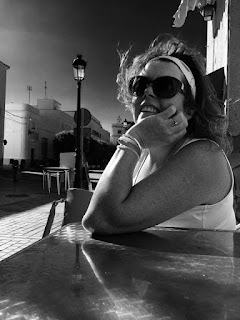 Jane's first novel, Camden Girls, was published by Penguin twenty years ago and quickly became an international cult bestseller published in many languages including Japanese, Spanish,German, Hebrew, Italian and Dutch.  She'd already spent many years working in the film business working alongside stars such as Christophe Lambert, Andi McDowell, Daryl Hannah and James Remar before switching to the music business and working for bands such as The Who, Robert Plant, ZZTop and many more.  Eventually, even that got boring and that's when she wrote Camden Girls.

After publication, life became interrupted by an unfortunate traffic accident and Jane moved out of London to Sussex and slowly returned to writing.  Her novels don't fit into any specific category and, frustrated by endless rejections along the lines of 'You write beautifully but we don't know how to sell this book' she started self publishing.  Rave reviews gave her the confidence to keep going and believe in what she was writing.

She's still in Sussex, sharing her life with her musician partner, three horses and a dog and divides her day between writing and riding. 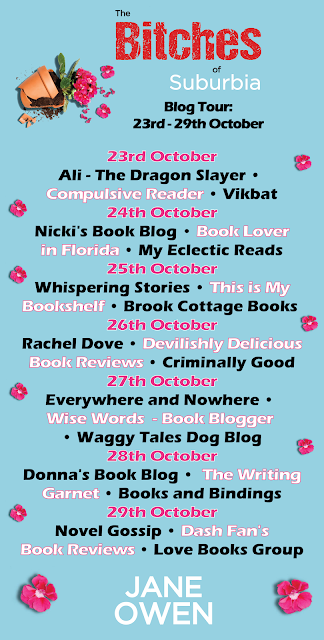