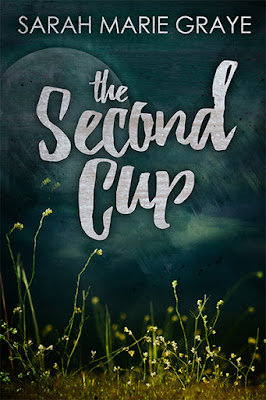 Today I'd like to welcome Sarah Marie Graye to the blog with an author interview. Lets find out a little about Sarah's book first!

Would your life unravel if someone you knew committed suicide? Theirs did.

Faye's heart still belongs to her first love, Jack. She knows he might have moved on, but when she decides to track him down, nothing prepares her for the news that he's taken his own life. Faye is left wondering how to move forward, and whether or not Ethan will let her down again.

And when she tells her friends, the news ripples through their lives too.


Abbie finds herself questioning her marriage - and wondering if she was right to leave her first love behind. Poor Olivia is juggling her job and her boyfriend with supporting her friends and trying to deal with a death of her own. And Jack's death has hit Beth the hardest - even though she never knew him. Is she about to take her own life too?

While the four friends take it in turns to explain what happens after Jack's suicide, third-person flashbacks are skillfully interwoven to add a real richness and depth to this heart-wrenching story.

AUTHOR INTERVIEW
Do you write under your real name or is this a pen name you use?

I’m originally from Manchester, United Kingdom. I’m a proud Mancunian, but I’m not sure I could live in a city again - I seem to be sensitive to noise and air pollution. I now live on the North Kent coast and count myself very lucky to breathe in sea air every day.

1.       I went to the same primary school as Noel and Liam Gallagher from the 90s indie rock band Oasis. They are both older than me, so I didn’t know them, but Liam had a reputation for getting into trouble, even back then!
2.       I only have one kidney and I’ve also had half of one of my lungs removed (hence the love of clean sea air). I’m very lucky that the organs I’ve had problems with are the ones you have two of. You can survive with just one of either of them.
3.       I can hear the tiniest high-pitched sounds, including dog whistles.

When I first graduated from university, I worked as a journalist, so I had a lot of work published. It didn’t feel like ‘my’ work though, because I wasn’t writing what I wanted to. My debut novel, The Second Cup, is the first creative piece of work I’ve had published. I thought I’d have to self-publish, but managed to find an indie publisher, Creativia, who were willing to take me on. I’m now part of a really supportive creative family of authors, which is such an awesome place to be.

I don’t have any routine at all. I’m currently writing my second novel and my approach is completely different from the first one. I’m hoping that this approach will become some kind of routine for future novels as the main thing I’m trying to achieve is to avoid all the errors in the process from first time round!

I need to be as comfy as possible, so I like wearing my PJs and tying my hair up in a bun. When I’m having a writing night (I don’t write during the day) I don’t allow myself to sit down at my laptop until 11pm. I find that my creative juices start flowing before then and by the time I sit down, I’m itching to go - rather than having that ‘staring at a blank page’ feeling.

A friend of a friend committed suicide and it really hit me, even though I didn’t really know them. It made me think about how we can be affected by things one step removed from our lives. I decided to develop the idea and look at how a group of friends would be affected when someone just one of them knows kills themselves - and how nobody in the group would be completely immune.

I wrote my novel as part of an MA Creative Writing and London South Bank University. It’s a part-time distance-learning course with scary residentials where you read your work out to each other, so I shared parts of my writing as I went along. The first person who read my novel from start to finish was my sister Helen, who was also my first-stage proofreader.

Yes, I’m 10,000 words into my second novel. It’s too fragile an idea to talk about in any great detail at the moment, but it also looks at how mental health issues affect a group of friends. Knowing that I’ve got Creativia to publish my work means I can focus just on the writing side at the moment, which is lovely.

I would say listen to every piece of advice anyone offers you, but discard what doesn’t make sense to your way of writing. There’s no right or wrong way to write, but other people’s tips can be really helpful - or a hindrance! 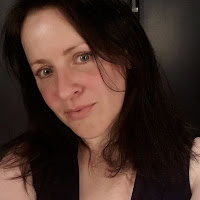 Sarah Marie Graye was born in Manchester, United Kingdom, in 1975, to English Catholic parents. One of five daughters, to the outside world Sarah Marie's childhood followed a relatively typical Manchester upbringing... until aged 9, when she was diagnosed with depression. It's a diagnosis that has stayed with Sarah Marie over three decades, and something she believes has coloured every life decision. Now in her early 40s, and with an MA Creative Writing from London South Bank University (where she was the vice-chancellor's scholarship holder), Sarah Marie has published her debut novel - about family, friendships and mental health.