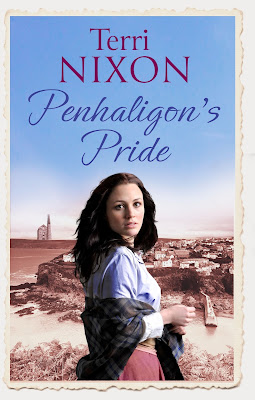 1910. Anna Garvey and her daughter are still running the Tin Streamer's Arms in Caernoweth, Cornwall, and it finally seems like she has left her tumultuous history behind in Ireland. Meanwhile Freya Penhaligon has blossomed and is now the object of increasing affection of Hugh, the elder son of the wealthy Batten family.
After the dramatic events of the previous months, it feels like everything is finally getting back to normal. But when Anna inadvertently reveals something she shouldn't, she finds herself at the centre of a blackmail plot and it seems like the past she longed to escape is coming back to haunt her. To make matters worse, the tiny fishing hamlet is battered by a terrible storm and shifting relationships find themselves under more scrutiny than ever before.
With the Penhaligon family at breaking point it will take enormous strength and courage to bring them back together - but is it already too late?
Extract from Penhaligon’s Pride.

(Matthew Penhaligon is working in the tin mine, and his old adversary David Donithorn, his shift captain, has been uncharacteristically distant all morning. The men are on their lunch break.)

Penhaligon's Pride is the 2nd book in the series. While you don't have to have read book 1 in the series I was glad I had as it really helped with the history and background of the characters. Plus, its a damn good series so why wouldn't you want to be there right from the beginning. Check out my review for Penhaligon's Attic HERE and make up your own mind.

Turning the first page of Penhaligon's Pride was like stepping back into a familiar place and time with characters that I had become really invested in when reading book 1. The bookshop, Penhaligon's Attic almost called out to me and I swear I could smell the old books. Penhaligon's Pride swept me back into the lives of the characters again and if you are a lover of sagas like I am then you'll be happy to find yourself totally immersed in such a fantastic book. I found that I never wanted to leave.

Penhaligon's Pride continues the story of Freya Penhaligon and her father Matthew and Matthew's new wife Anna and her daughter Mairead.  One evening in The Tin Streamers Arms, Anna accidentally lets slip the truth about a baby's parentage which has some serious consequences. With her own secrets the family are desperately trying to keep Anna safe from the threats of a blackmailer. That blackmail is coming from a surprising and unlikely source. But very quickly, things spiral out of control. Its very difficult to give an in-depth review of this book without giving too much of the plot away. Trust me, you'll not thank me for that as this book holds many surprising twists and turns within the plot that I simply could not put it down.

Life in 1910 in Cornwall was not easy with many of the residents of Caernoweth reliant on the ever tumultuous sea, which still holds an element of fear and fascination for Freya Penhaligon. Many depend on the work of the mines and the dangers within. The mines are owned by the Batten family and young Lucy Batten appears to be the only one of them with some thought for the workers and indeed for anyone, with her sister and father spending their days poring over ledgers and paperwork and seeing the workers as nothing more than mere commodities, part of the machinery for keeping the mine working.  Without these two employment opportunities,  people simply starved. However, one disaster after another befalls the Penhaligons and at times it felt that their love alone was not going to be enough to save them. Caernoweth becomes a town plagued by suspicion and mistrust and the weight of holding the family together becomes a burden not only shouldered by Matthew Penhaligon but also by the strong and resilient women within the family too.

Terri Nixon's writing style has such a beautiful rhythm to it that the language within the book ebbs and flows like the ocean that is at the centre of everything. The strength of the female characters depicts a time when women were required to be the backbone to keeping family safe, warm and fed. The voices of reason and quiet determination. Again, with this book Terri Nixon has done extensive research around this time period and this really shines through in the writing. The characters have developed and matured since book 1 and in this book we really get a greater insight into them. While there are a lot of characters to keep track of this by no means is off putting. Its the type of book that demands your undivided attention and you will be so glad that you gave it. A wonderful read that I'd highly recommend. More please Terri!!! 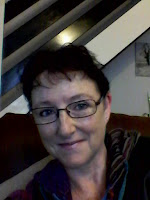 Terri was born in Plymouth, UK. At the age of 9 she moved with her family to Cornwall, to the village featured in Jamaica Inn -- North Hill -- where she discovered a love of writing that has stayed with her ever since. She also discovered apple-scrumping, and how to jump out of a hayloft without breaking any bones, but no-one's ever offered to pay her for doing those.

Since publishing in paperback for the first time in 2002, Terri has appeared in both print and online fiction collections, and is proud to have contributed to the Shirley Jackson award-nominated hardback collection: Bound for Evil, by Dead Letter Press.
Penhaligon’s Pride is her eighth novel to be published.

Terri also writes under the name T Nixon, and has contributed to anthologies under the names Terri Pine and Teresa Nixon. She is represented by the Kate Nash Literary Agency. She now lives in Plymouth with her youngest son, and works in the Faculty of Arts and Humanities at Plymouth University, where she is constantly baffled by the number of students who don't possess pens.
Facebook: www.facebook.com/terri.nixon.page
Twitter: twitter.com/TerriNixon
Goodreads Author Page: www.goodreads.com/author/show/7161840.Terri_Nixon
Instagram: www.instagram.com/telnixon
LinkedIn: www.linkedin.com/in/telnix/
Blog: www.terrinixon.wordpress.com
Website: www.terrinixon.com
Share This