Extract: Into The Woods and Out Again by Dina Glouberman 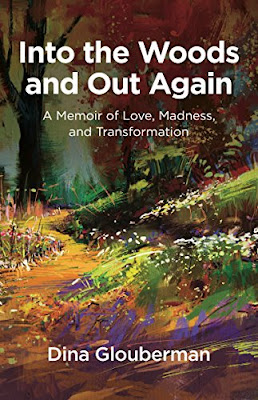 Into The Woods and out Again by Dina Glouberman

1971 was the year Dina Glouberman went mad. Now, for the first time, Dr Dina Glouberman, renowned psychotherapist and author, co-founder of the world-famous Skyros Holidays, creator of Imagework therapy, and author of The Joy of Burnout, writes with candour and humour about a spell in a psychiatric ward. Indeed, she describes it as enlivening and enlightening, a catalyst for her rich and creative life.

This memoir traces the journey from those wild and intense weeks in the Middlesex Hospital through five years of "normal life" and then on to twelve years of extraordinary creativity, when she had two babies, co-founded Skyros Holidays on a Greek island, pioneered her Imagework approach to therapy and personal development, had a life-changing spiritual experience, faced the loss of her father and brother, and wrote her first book.

At the end of this book, a new cycle is just beginning, as she burns out, dismantles her marriage and her life, and discovers what is next. This remarkable memoir is a revealing meditation on the behind-the-scenes world of therapy and psychoanalysis in the 1960s, as well as on marriage, mothering, madness, imagination, aloneness, community and spirituality. Into the Woods and Out Again captures the inner life of a woman who has played a major role in the contemporary holistic and therapeutic world.

The following summer of 1977, we take a plane to Athens, and then a hot, crowded city bus to Skyros, carrying a six-month-old baby on our laps. We have not thought about where we will stay, although we are travelling with a baby and we know the house isn’t habitable.
We were good with the big ideas and plans; the rather cru­cial details sometimes eluded us. Then again, those days were before the web made everything so local, so if you were going anywhere a bit remote, it was kind of normal just to show up and assume you’d find somewhere to lay your head.
The bus stopped in front of an amazing Greek square that looked like a film set, and I saw the cobbled streets, and the tiny white houses and shops. I felt as if I had entered another dimension. Women crowded around the bus, saying, “Rooms, rooms.” They were, of course, the local landladies. But we didn’t know that this was how you normally got yourself a room and we just said no to everyone.
Soon we were left standing on our own in the street at night with a six-month-old baby, not knowing what to do next. Someone Yannis vaguely knew from the past recognised him, took pity on us, and offered us a bed for the night.
Thereafter we slept in sleeping bags in the garden of our new house.
Sleeping under the stars in sleeping bags was not new to us. We had done this during our first holiday together in Ibiza. At least here in Skyros we were safe, and did not have Spanish policemen waking us up to say, “arriba, arriba” as happened then. We were in our own garden, and we were pioneering a new venture that was about to change our lives.
Being on Mediterranean soil was also not new to us. Yannis of course was Greek, and I had not only spent a year in Israel, but had an Israeli mother, and ancient Jewish history in my blood. The dry heat, parched land, olive trees, the fig, pomegranate, and lemon trees, the blue skies, and the smell of herbs all felt like home to me. More than that, it was as if some deep arche­typal memory emerged and made me feel I was back in biblical times where I was meant to be.
Skyros, like many Greek villages from the same era, is built amphitheatrically on the slopes of a hill, with the white cubic houses clustering on the sides and around the base of the medi­eval castle, in order to protect themselves from pirate raids. Skyros has a history that dates back to the stone ages, and is dot­ted with stories from Greek legend, the most famous of which is the story of Achilles and the Trojan War. It is said that Achilles was hidden here dressed as a girl by his goddess mother Thetis to escape his fate, but Odysseus found him, tricked him into revealing his identity as a boy, and took him to war.
It was an amazing village, hardly touched by foreign tour­ism. You could still see the men wearing their traditional out­fits, with sandals made from tires, riding on their donkeys, or sipping coffee in the cafes, and the women carrying jugs on their heads. I always felt it had a raw, primordial quality. I could almost smell the ancient blood sacrifices in the air.
Of course, there were also televisions everywhere as well as electrical equipment, calculators, and other evidence of the modern world.
It was as if we were living in more than one century at once.

Dina Glouberman’s new memoir Into The Woods and Out Again is out in June, priced £9.99. In it, Dina reveals the inside story of her remarkable life, ranging from her experience of madness, to her adventures setting up Skyros Holistic Holidays on a Greek island. 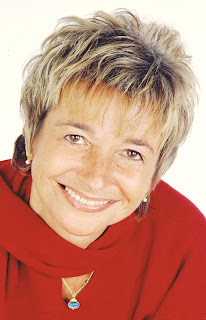 Dina Glouberman is the visionary co-founder of Skyros Holistic Holidays, in Greece and worldwide, author of the classic books Life Choices, Life Changes, The Joy of Burnout, and You Are What You Imagine, and an international trainer, coach, and psychotherapist. She has been a pioneer for over thirty years in creating, teaching and practising the use of Imagework to tap into the imagination that guides our lives, and make creative life choices and profound life changes. 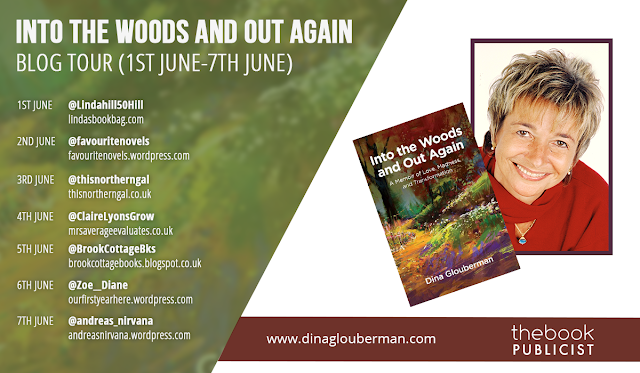