Separated From The Sea by Amanda Huggins: Guest Post 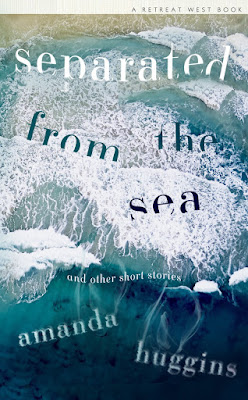 Separated from the Sea and Other Stories by Amanda Huggins

Separated From the Sea is the debut short story collection from award-winning author, Amanda Huggins.

Crossing oceans from Japan to New York and from England to Havana, these stories are filled with a sense of yearning, of loss, of not quite belonging, of not being sure that things are what you thought they were. They are stories imbued with pathos and irony, humour and hope.

Evie meets a past love but he's not the person she thinks he is; a visit to the most romantic city in the world reveals the truth about an affair; Satseko discovers an attentive neighbour is much more than that; Eleanor’s journey on the London Underground doesn't take her where she thought it would.

Is Everything Just Made Up?


One of the abiding assumptions that people make about contemporary fiction writers is that the stories are autobiographical, and all their characters are based on real people. Naturally, we strenuously deny this – I often hear myself saying, ‘No, I made it up,’ or, ‘But it’s not about me.’ This is usually when my friends question the validity of my stories that are written in first person. They seem to forget they’re reading fiction and either accuse me of writing lies, or ask me why they don’t already know about this episode in my life that they believe to be fact. This is particularly true if I write a story from the perspective of a teenage girl in the 1970s. Well that just has to be me, right?!

So I’ve become fascinated by the question of just how much of ourselves is actually revealed in our fiction. Are we in denial? Do we put ourselves in there consciously or subconsciously? Or is everything just made up?

Of course there will always be novels that are openly autobiographical, such as The Bell Jar by Sylvia Plath, Nora Ephron’s Heartburn and J G Ballard’s Empire of the Sun. However, more often than not we write about fictitious situations and events, so it’s an automatic reaction to say ‘I made it up’. Yet is that only part of the truth? We invent complex protagonists as well as stories and plots, and I believe it is through our characters that we reveal more about ourselves than we’d care to admit. We can invent the people that we would like to be – idealised versions of ourselves if you like – or characters who we would never dare to be, or simply people that we would like to know.

I would never write an entire short story about something that actually happened to me, but inevitably I draw on small incidents that really occurred and include those as part of a longer piece of work.

Just like the protagonist in my story ‘Better to see him Dead’, I did accidentally switch the washing machine on with my cat inside – don’t worry, she escaped unharmed! – but I’ve never worked as a dancer in Paris, lost a child, or taken a detour off the motorway to stargaze on the moors. And just like Evie in my story, ‘Enough’, I did slip on the ice and smash a flask of soup I was taking to
a homeless man, but I’ve never worked as a hostess in a Tokyo bar or saved a baby from an oncoming train.

Yet I genuinely experience all the emotions that my characters feel, and they always become fully-formed people in my mind. When I create a mental picture of them, they are never people I have brought over from the real world; yet I feel as though I know them intimately, and sometimes I am them: walking up the mountain path, waiting to be asked out by the boy with the floppy fringe, swimming out to sea to find my lost father, grieving for the loss of a child that was never more than a negative pregnancy test. The yearning, the longing, the grief and the love; they are all heartfelt, and I hope this emotional honesty makes my fiction feel real. It must work at least some of the time, because many readers have told me that my stories have moved them to tears, and made them laugh too - it’s not all doom and gloom!. And what more could I ask for than that? 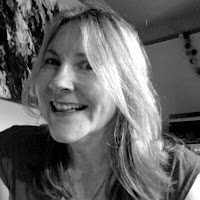 Mandy Huggins’s work has been published in anthologies, travel guides, text books, and literary magazines, as well as in The Guardian, The Telegraph, Reader's Digest, Take a Break’s Fiction Feast, Traveller, Mslexia, Wanderlust, and Writers' Forum.

Her travel writing has won several awards, including the British Guild of Travel Writers New Travel Writer Award in 2014, and her short stories are regularly placed and shortlisted in competitions, including Bare Fiction, Fish, InkTears, Cinnamon Press and Retreat West.

A selection of her short fiction is showcased in the InkTears anthology, Death of a Superhero, and her first collection of flash fiction, Brightly Coloured Horses (Chapeltown Books), is now available on Kindle and in paperback.

Mandy's first full length short story collection, Separated From The Sea, will be published by Retreat West Books in June 2018. 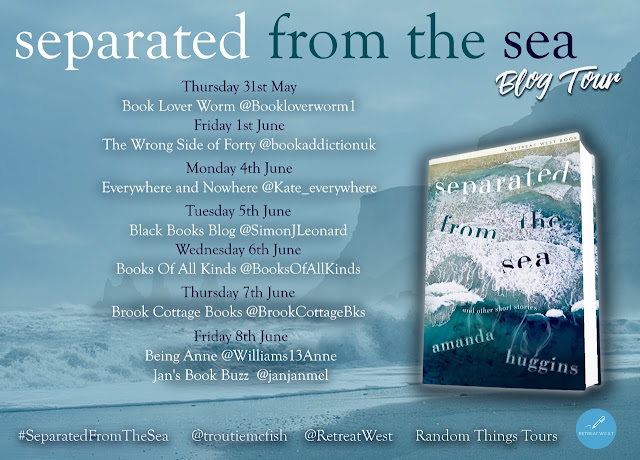