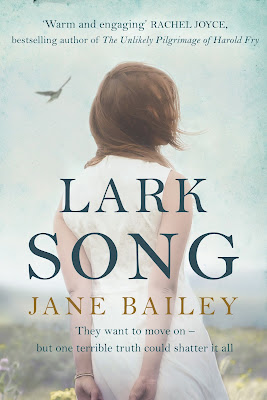 They want to move on—but one terrible truth could shatter it all.

As a widowed mother of three, new love seems impossible for Freya—until she meets Duncan, and suddenly she feels alive again. But there are secrets afflicting Freya’s family, some more sinister than others, that could destroy their relationship before it has a chance to flourish.

While Freya’s older children are less than welcoming, six-year-old Sophie helps Duncan find his place in the family—but even Sophie harbours fears that threaten to overshadow any chance of a new start. The past is hard to leave behind when pictures of Freya’s idolised late husband hang in every room, and the more Duncan tries to find the source of Sophie’s anxiety, the more he is convinced that Reuben was not the perfect husband and father Freya remembers.

Tormented by concern and his own insecurity, Duncan begins an obsessive investigation into the dead man’s past. But when his good intentions lead him in too deep, he risks destroying everything he has built with Freya—and the whole family’s second chance at happiness.

Duncan stands on top of the escarpment and surveys the Severn Valley. On the right of the horizon is the breasted silhouette of the Malvern Hills, and ahead is the dark blur of the Forest of Dean and the faint blue line of the Black Mountains in Wales beyond. Giant shadows cross the fields below him, the grass an improbable green and separated by trees and hawthorn puffed out by late spring. Everything is swollen and full and ready to burst. His head is leaden and his eyes well up. It must be the wind, he tells himself. There has to be a way back, a way to put things right. He can’t believe what he has done to those children; it’s hard to put any sort of border around the enormity of it.
He can’t remember the last time tears came like this. There has always been a mechanism, some switch he possessed to stop them and drive them into a knot in his throat instead. But now they run down his cheeks and scald his skin, the same hot shame he felt when he wet his trousers in the school nativity play, aged five. It is all his fault. A terrible secret has been unearthed, not accidentally, but doggedly and deliberately. And now the damage is irreparable. He had told himself that he was helping Freya in the name of truth, but he has just bulldozed all the obstacles in his way, and in the process, he has ruined the path. The wild cherry is weeping its blossom; the cloud shadows mock him, swooping over the hedges and the houses and the fields, slick and smooth, slithering over everything in their way, transforming themselves and then reshaping, but damaging nothing.
A family, a beautiful, fragile family, full of life and laughter and affection. He gazes at his blurred horizon. All this could have been his. Well, not Wales, obviously. But that life, that reason for waking up in the morning. And yet he has betrayed no one, has lied to no one, and all he ever wanted was the truth.
There are muffled sounds behind him, but the wind is in the wrong direction for him to make them out. He hopes no one will come up to him with a yappy dog and comment on the view. He has no tissue and snot is running over his lip.
‘Good to see the long view, isn’t it?’ It’s a yappy man instead. ‘I like to think I get the bigger picture up here.’
Duncan wipes his nose on his sleeve and tries to see the bigger picture. At least the shadows of clouds leave sunshine behind them, not the trail of waste he has created. He is terrified the man will see his tears and show sympathy. He moves away down the hill, as if human kindness might scorch him. 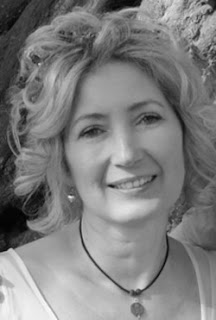 Jane Bailey is a bestselling author. Lark Song is her sixth novel with her previous novel, What Was Rescued (2017) which has been shortlisted for the RONA awards.  Jane produces books weaving in elements of her personal history and emotions. Lark Song was loosely inspired by Jane’s own experience of remarrying a widower and the emotions she faced.

Lark Song works as a cathartic exploration of the thoughts and doubts one may face when haunted by a spouse’s past. Jane’s career as an author began after attending a creative writing course at Arvon Foundation when tutor Beryl Bainbridge recommended her first novel Promising to a publisher, this novel was then shortlisted for the Dillon’s Prize.

Jane has taken part in many literature festivals including Cheltenham, Bath and Stroud. She is a writer-in-residence for the Cheltenham Festival’s charity First Story that offers writing classes to local under privileged schools. Recently she also became a writer-in-residence for the Gloucestershire Hospital Education Service where she will be tutoring creative writing to young people who are too ill to go to school.

Gloucestershire is where Jane calls home and is one of the reasons why she sets her novel in Cheltenham. Her great grandparents used to live in Cornwall and her great grandmother worked as a servant at ‘Menabilly’ the house which then became ‘Manderley’, the house in Daphne Du Maurier’s novel Rebecca. Her favourite book is Daphne Du Maurier’s Rebecca. Jane Bailey is a full-time writer, she graduated from Queens College, Oxford. She has a partner and two daughters. 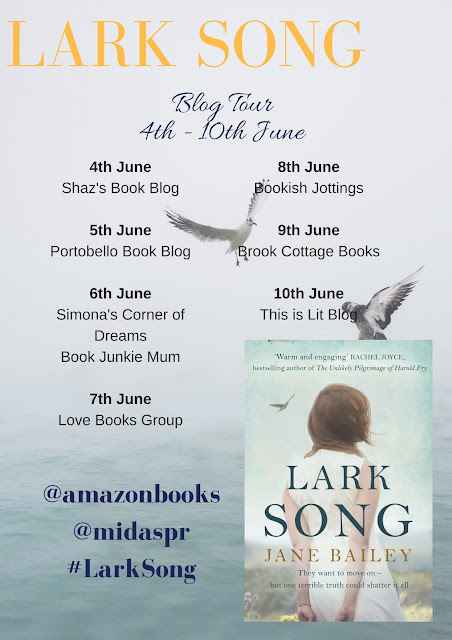