The Women of Heachley Hall by Rachel Walkley 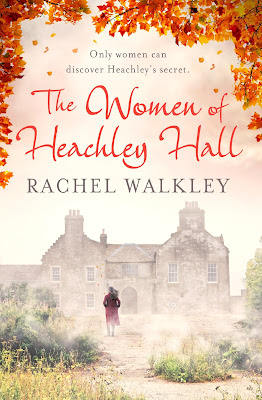 The Women of Heachley Hall by Rachel Walkley

Miriam has one year to uncover an unimaginable past and a secret that only women can discover.
The life of a freelance illustrator will never rake in the millions so when twenty-eight year old Miriam discovers she’s the sole surviving heir to her great-aunt’s fortune, she can’t believe her luck. She dreams of selling her poky city flat and buying a studio.
But great fortune comes with an unbreakable contract. To earn her inheritance, Miriam must live a year and a day in the decaying Heachley Hall.
The fond memories of visiting the once grand Victorian mansion are all she has left of her parents and the million pound inheritance is enough of a temptation to encourage her to live there alone.
After all, a year’s not that long. So with the help of a local handyman, she begins to transform the house.
But the mystery remains. Why would loving Aunt Felicity do this to her?
Alone in the hall with her old life miles away, Miriam is desperate to discover the truth behind Felicity’s terms. Miriam believes the answer is hiding in her aunt’s last possession: a lost box. But delving into Felicity and Heachley’s long past is going to turn Miriam’s view of the world upside down.
Does she dare keep searching, and if she does, what if she finds something she wasn’t seeking?
Has something tragic happened at Heachley Hall?
EXTRACT
‘Are you sure you’re alright being here alone?’ Ruth asked for the umpteenth time, as I stood at the kitchen window: my favourite viewing spot. ‘We’re doing really well on the cleaning. There’s no need to unload anything in the dark, just leave it in the van until tomorrow. And don’t forget, I’ll be back in a couple of weeks to visit. Half-term.’ She put her arms around my shoulders and squeezed them.
‘Sure.’ There was no point lamenting the solitary nature of my occupation. It wouldn’t do me any good to paint myself as a failure before I’d spent one night in the house.
‘I can’t believe your aunt left it to you without explanation. Something has to be out there to explain it all. A missing letter? ’ Ruth picked up a dishcloth and scrubbed a mark on the worktop. Her boundless energy was infectious and I returned to wiping down the windowpanes.
‘I’ve been over it all countless times in my head, read the will over and over, and there isn’t a clue to her reasons why anywhere.’  I chased a smudge of something around the glass, never quite removing it.
‘Nothing in her personal effects in the nursing home?’
I shrugged. ‘Possibly, but according to Mr Porter it’s all gone.’
‘Do you trust him?’ 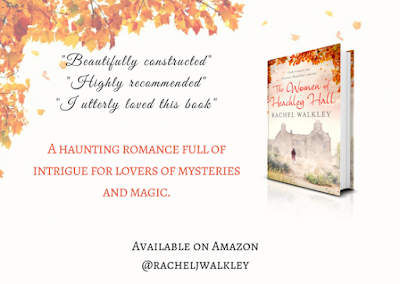 I am a total sucker when it comes to books about old houses and family secrets. I love this sort of story so was very excited to get the opportunity to read and review The Women of Heachley Hall.

When Miriam inherits an old mansion house from an aunt she barely remembers, the will stipulates that she must live in it for a year and a day before it fully becomes hers and she can sell it. So, Miriam relocates her entire life to the cold old house which is in desperate need of repair. Her memories of her aunt are sketchy and she tries to piece them together to give her a better sense of who the old woman was and why she left her the house with the ridiculous clause in the will. A handyman who had once worked for her aunt helps her with the repairs and tries to fill in some of the blanks for Miriam but Charles is as mysterious as the house and has his own secrets. Who is he exactly?  The house itself is not giving up its secrets easily and the secrets of the past tempt Miriam into digging deeper to find out exactly what went on at Heachley Hall. Fairly soon however, Miriam doesn't feel she is alone in the house.

Love Love Love this book. It had me absolutely gripped from the very beginning. The house held a fascination for me as it did for Miriam. Its swirling mists and surrounding dark woods had my heart thumping in my chest! I love a good mystery and this book had heaps of family secrets to unravel. And as those secrets begin to unravel, Miriam learns just as much about herself as she does about her aunt Felicity and Heachley Hall. At times, Felicity's story is as sad as it is intriguing and Miriam discovers she is more like her aunt that she'd like to admit. And, always in the background is the ever present Charles.

The story is intriguing and at times had me on the edge of my seat. The book is beautifully written and the story tempts the reader with snippets of clues throughout the book. The house itself is almost a breathing entity with its own personality and I loved this about it. A cleverly written plot that drew me in and had me wandering the rooms of Heachley Hall along with Miriam. A story about love, regret and the secrets families keep. Highly recommended.

Born in the Midlands, Rachel Walkley grew up in East Anglia and is now firmly lodged in the North West of England. Her first writing achievement was her Brownie badge and after that she never let go of the dream of becoming of an author. Once a librarian and caretaker of books, she’s now a teller of tales and wants to share with you the secrets that hide in the pages of her books.
Facebook: https://www.facebook.com/RachelJWalkley
Twitter: https://twitter.com/RachelJWalkley
Goodreads Author Page: https://www.goodreads.com/author/show/17766384.Rachel_Walkley
Instagram: https://www.instagram.com/raejcreations/
Google+ https://plus.google.com/u/0/103714165043075415680
Blog: https://rachelwalkley.com/blog/
Website: https://rachelwalkley.com/ 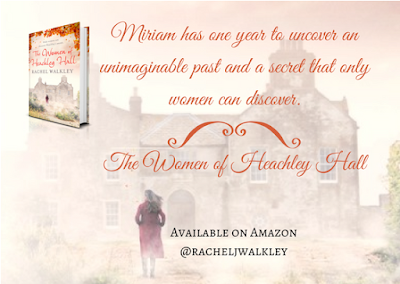